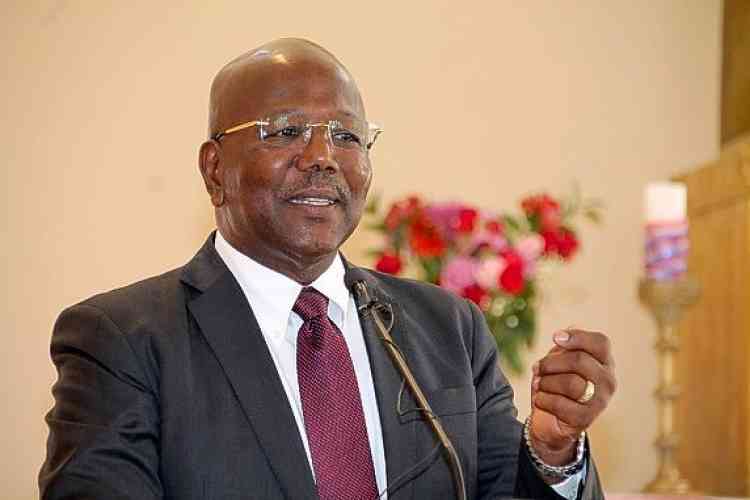 PHILIPSBURG–Former Prime Minister William Marlin says the disastrous and uncontrollable fire that has been blazing at the Philipsburg landfill since Sunday and the widespread effects it is having on residents in affected communities form a clear example of why a stable government is urgently needed for St. Maarten.

Continuing its track to solve the problem of the landfill is one of the top priorities for the National Alliance (NA), he said in a press release late Tuesday evening.

Calling the fire, in particular its effects, a heart-breaking tragedy, Marlin said every government that has sat in the past years has, in one way or the other, worked on finding a solution for the dump, but by the time each responsible Minister gets around to putting something in place, government changes, the plan is scrapped and the process starts all over again.

Marlin alluded to the waste-to-energy project on which National Alliance former Minister of VROMI Christophe Emmanuel had been working, for which a Memorandum of Understanding (MOU) had been signed with the company Enviro Green and the power purchase agreement had been awaiting signatures from the board of GEBE.

Marlin assured that he is not raising this issue now because an election is around the corner and his intention is not to beat up on the new VROMI Minister, as was done each time there was a small fire at the dump when Emmanuel was in office.

“I think that as a people, we have to move beyond this and start looking at solutions. That’s why I am saying stability in government is important,” he said.

Construction of a waste-to-energy plant would take at least two years to be finalised. He spoke about his family’s own personal efforts to separate garbage in recent years and said that sadly the collection bin on Walter Nisbeth Road where their recyclables were collected had been blown away during Hurricane Irma.

“We can go and start pointing fingers, but the fact is that if we continue to jump ship and break up government for personal political reasons, the people are the ones who will suffer. That is why the National Alliance is advocating that we need stability in government and the only way we can bring about stability is if you ensure that you have a party like the National Alliance, which has not produced one ship-jumper over the years,” he said.

In the current race for office, he noted, all the ship-jumpers are clumped together on one party list and the possibilities of the jumpers jumping ship again is real, which will create more instability.

National Alliance is the only party that has no ship-jumpers on its slate, he stresses, has capable candidates who can and will pass screening to hold ministerial office, has governing experience, a new leader, dynamic new candidates and seasoned politicians, including himself, who bring 39 years’ experience to the table and a track record of working for the people of St. Maarten.

“We know the problem, we know what caused it and people now need to make up their minds and really vote for stability, because if you continue voting because is it’s your family or friend and based on loyalty, then you will get more of the same,” Marlin said.

“The National Alliance has a passing rate in terms of screening all of our Ministers. Every Minister or State Secretary that I have ever presented was vetted and passed the screening. This tells you something about the party and the people who form part of that party.”