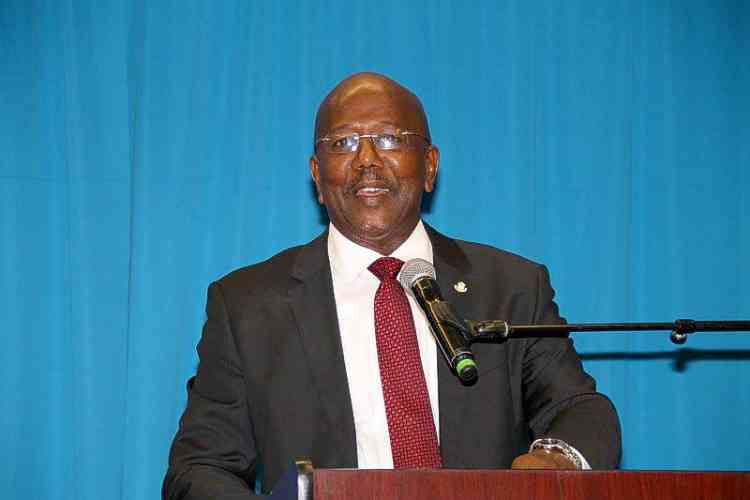 The action against Richardson by the Anti-Corruption Taskforce TBO “seems to be intended to influence the outcome of the February 26 snap parliamentary election,” Marlin, an NA candidate in the election, said in a press statement on Monday.

“I don’t want to create any controversy and I don’t want to make it appear as if I am interfering in the legal due process, but his arrest comes as a bit strange to the general public particularly for an investigation that has been ongoing for some time now,” Marlin said.

Arresting “the leader of one of the key political parties in the race” just days before an election “tends to influence the outcome of the election,” said Marlin, adding that this is an occurrence “that we should never have.”

Marlin called for the people to “vote their conscience for who they may want and then for my part, you can move in the next day after the election.”

Marlin questioned, “… what happens if, tomorrow let’s say, when the dust is settled, what will you do – issue an apology and say actually there is nothing we have on the person?”

Richardson was arrested by TBO on February 14 on suspicion of accepting bribes, tax fraud and participation in a criminal organization aimed at recruiting votes for itself. The judge extended his detention for eight more days on February 16.

Richardson served as deputy leader of NA before branching off in 2014 to start the US Party.

Richardson’s arrest should not be seen as a coincidence, Marlin said, pointing to the detention of MP Silvio Matser on the charge of election fraud in March 2016. His arrest came in the middle of a crucial debate on the country’s budget.

Matser, then an independent MP, was a member of a coalition that supported an NA-led government. His arrest left the then-coalition unable to muster the minimum eight signatures to get the Parliament debate started to pass the budget.

Marlin said he empathised with the Richardson family and wished them much strength at this time.