Home Local News William to take up seat in Parliament 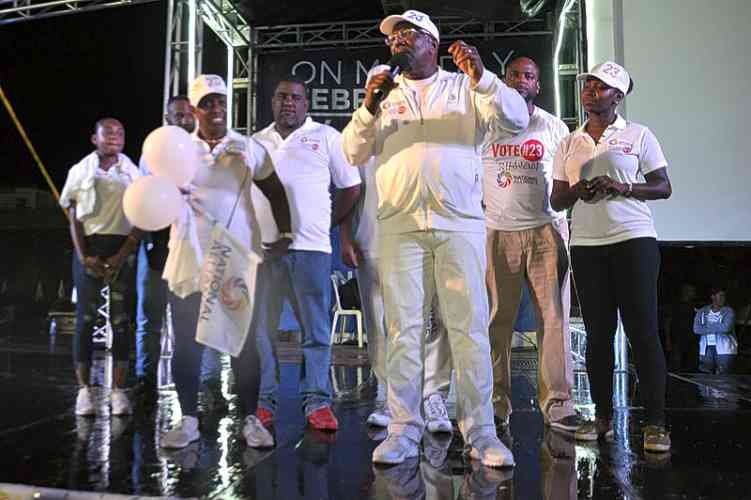 PHILIPSBURG–Member of Parliament-elect William Marlin says he intends to take up his seat in Parliament and will “protect and uphold the Constitution” in what he has called his last sitting in the legislature.

The ex-National Alliance leader and former prime minister said the result of Monday’s snap election is a call from the electorate for political parties “to come together and work in the interest St. Maarten and its citizens.”

Marlin congratulated the NA team on the party’s showing at the polls as well as the United Democrats for capturing seven of the 15 seats in Parliament, the United St. Maarten Party on its two seats and the St. Maarten Christian Party with its lone seat.

The MPs-elect will take the oath of office before Governor Eugene Holiday early April when the current Parliament is dissolved and the new one – the country’s fourth in under eight years as a country-within-the-Dutch-Kingdom – is installed.

“A special thank you to all of you who have once again placed your confidence in me and given me your support and vote making it possible for me to once again win a seat in Parliament,” Marlin said in a press statement.

He also thanked wife Gabrielle and his children “for standing with me and supporting me in my darkest hours during the three decades that I have served as an elected and/or appointed official.”

Marlin lost voter support dropping to 445 votes at the bottom of the NA-list from the 753 captured as party leader in the snap elections of 17 months ago.

Emmanuel’s votes grew significantly in the past month going from 261 to 571 in the recent poll.

Doran took the seat of MP Rodolphe Samuel who earned 198 votes this time round, down from 207 last time. Should NA end up in a coalition government and of the first MPs-elect opt to become a minister, Samuel is next in line to take up any seat they vacate.

Current NA MPs Hyacinth Richardson, George Pantophlet and Romeo Pantophlet entered Parliament when Jacobs, Marlin and Emmanuel vacated their seats over a year ago to become ministers. The Constitution does not allow for the post of minister and parliamentarian to be held simultaneously.

The country went to the polls on Monday in its second snap election in exactly 17 months. Calling the snap elections was one of Marlin’s final acts as prime minister before being pushed from office.

The election decree, signed by Governor Holiday, came after the NA-led government lost its majority support in Parliament. Marlin submitted the resignation of his cabinet, but not before passing a decree to dissolve Parliament.