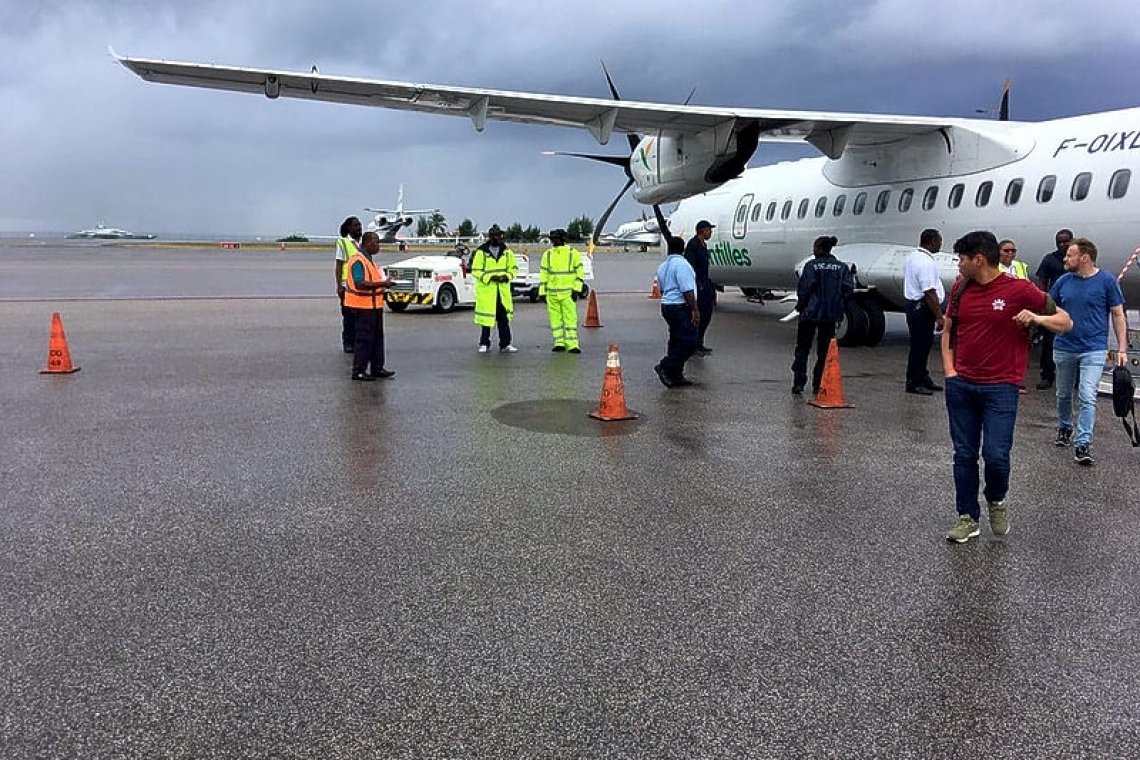 AIRPORT—This morning an flight WM 805 to Curaçao from St. Maarten encountered mechanical issues. Speaking with St. Eustatius Monuments Director Walter Hellebrand, who was a passenger aboard the flight, he stated that the aircraft had an engine failure followed by its total shutdown shortly after taking off from the Princess Juliana International Airport (PJIA).

The plane made a U-turn and flew back on one engine. “It was weird to be in a plane in the air and see the propellor coming to a complete stop while the plane was losing altitude. But everyone is okay.”
Hellebrand said that right after take-off he observed something was not quite right.
He was sitting in the row next to the propellors, so he was able to see the propellor slow down and then stop altogether, and the plane flying lower and lower.