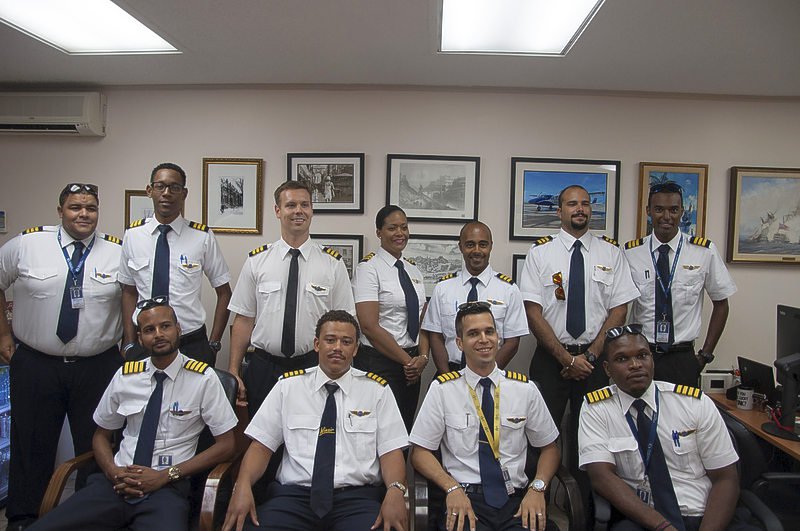 “A great achievement for these young aspiring pilots. They are a testament of our motto: Winair does not hire first officers, we only hire future Captains,” stated the company in a press release on Monday.

“This was the largest group of captaincy upgrades as well as the largest number of first officers hired in the history of Winair. The airline continues to grow in the region. We also celebrated our 55th anniversary recently. Winair has reason to be proud,” stated Winair President and CEO Michael Cleaver.