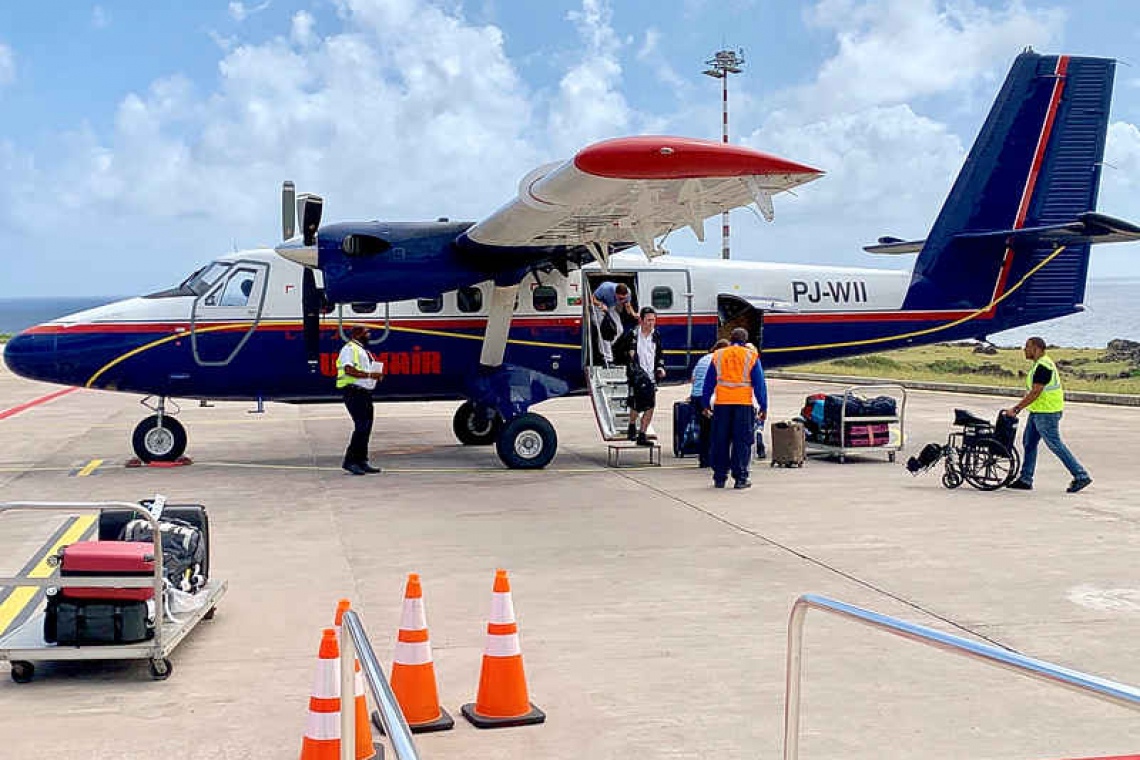 THE HAGUE–The US $3 million mortgage loan to Windward Islands Airways (Winair) is not a disguised form of government aid, according to Dutch Minister of Infrastructure and Water Management Cora van Nieuwenhuizen Wijbenga.

Earlier this week, the minister replied to four written questions submitted by the Permanent Committee for Infrastructure and Water Management of the Second Chamber of the Dutch Parliament in which it sought clarity on the mortgage loan that the Dutch government provided to Winair on December 31, 2020 to keep the airline financially afloat during the current crisis.

The committee firstly wanted to know in what way French St. Martin, or France, contributed to the loan since Winair also served clients of the Northern part of the island. The minister explained that the mortgage loan was provided to Winair because it is important to safeguard the passenger transport connection with St. Eustatius and Saba, which are part of the Netherlands.

The French Départements, Collectivités and Regions d’autre-mer are not as dependent on an airline like Winair, stated Van Nieuwenhuizen Wijbenga. “For this reason, the French do not contribute to this loan.”

Van Nieuwenhuizen Wijbenga clarified that the mortgage loan was issued against a market conform tariff and that the collateral, in this case the Winair building at the airport, was taxed higher than the total value of the loan.

The committee asked what would happen if Winair did not repay the loan in the stipulated 18 months. The minister replied that if Winair defaults, the Dutch government is authorised to execute its mortgage rights. The Dutch government will then deduct the repaid amounts, after subtraction of all costs, from the monies owed.

Finally, the committee asked why it was only decided now to provide financial support “with an imminent bankruptcy.” The minister explained that the decision to issue a mortgage loan came about after a direct request of the St. Maarten prime minister on December 8, 2020.

“Winair was facing a problem with paying its creditors and the salaries of its personnel before the end of the year. Earlier, the company Winair itself had also submitted a request for support,” Van Nieuwenhuizen Wijbenga stated.