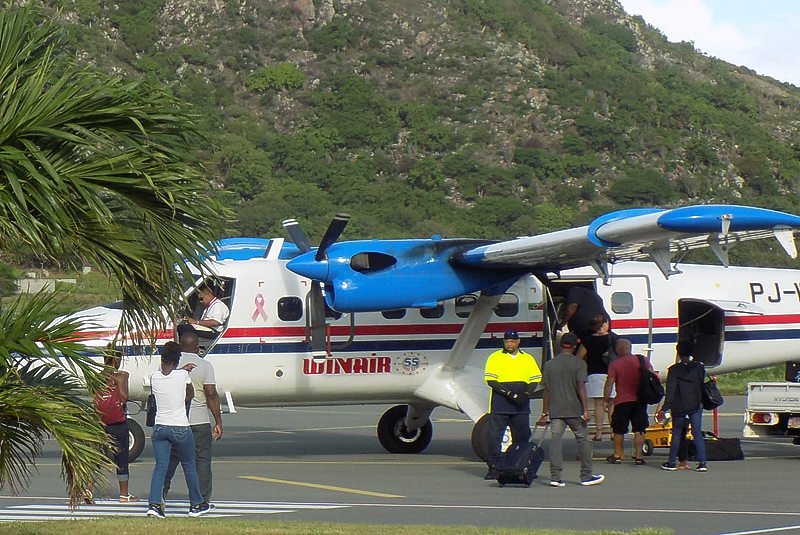 ST. EUSTATIUS–Tuesday morning around 7:30am the first commercial flight from St. Maarten by Windward Island Airways International Winair touched down on F.D. Roosevelt Airport one month and four days after Hurricane Irma struck the islands.

All commercial flights to and from St. Maarten from Princess Juliana International Airport SXM were suspended after Irma caused massive destruction on the Airport’s premises.

The last commercial flight of Winair that touched down on St. Eustatius was on September 4.

Many persons who could not leave Statia due to the passing of Hurricanes Irma and Maria, and thus were left stranded, are now able to travel back to St. Maarten to check on their homes.

Travel between Statia and St. Maarten was very limited during the last month. On Tuesday, three St. Maarten flights arrived on Statia. The other two flights touched down on Statia at 12:00pm and at 5:00pm.