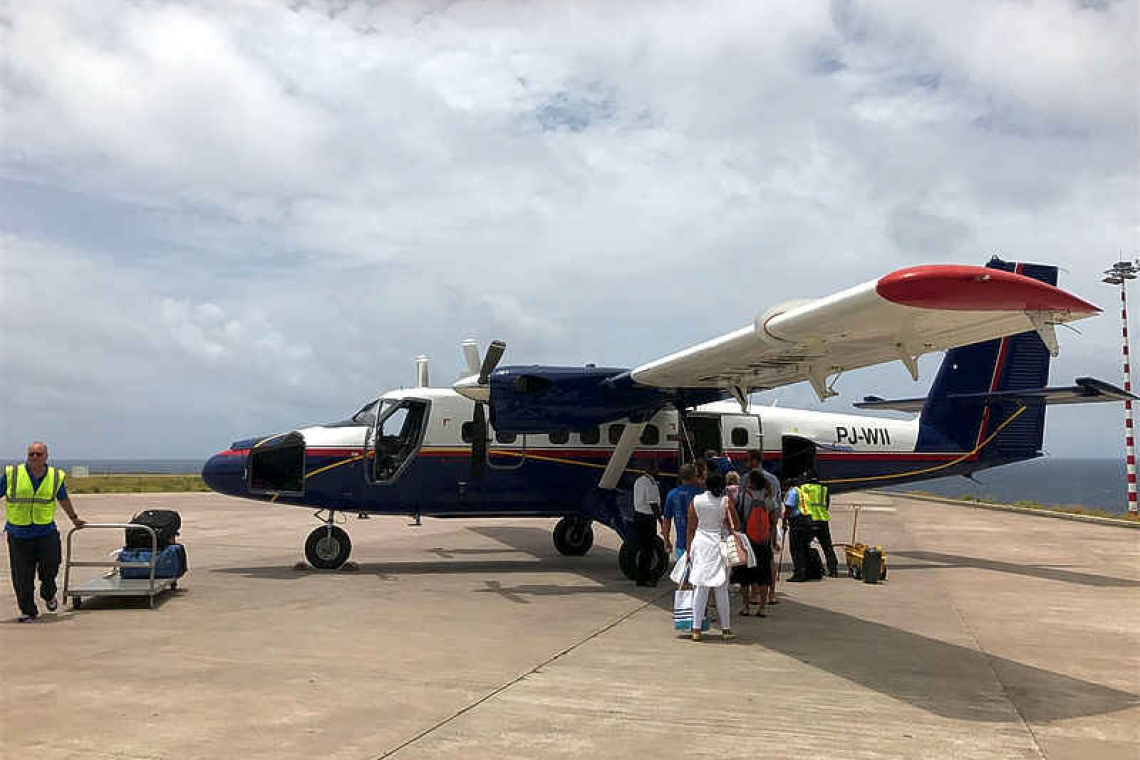 PHILIPSBURG–Windward Islands Civil Servants Union/Private Sector Union (WICSU/PSU) and eighteen pilots of Windward Islands Airways International NV (Winair) have lost an appeal filed against a court decision of September 28, 2021, in connection with the reduction of their salaries during the COVID-19 pandemic. The Court of Appeals ruled in this case on Friday, November 25.

The union and the pilots requested that the Court of Appeals reject the 25% reduction of their salaries and order the airline to apply a reduction of 12.5% instead.

The court was also requested to order Winair to reimburse the employees for the excessively-reduced salaries from July 2020, in instalments of 24 or 36 months. In addition, Winair should give the pilots extra vacation in proportion to the vacation days they were required to take between July 2020 and December 2020, in the union’s and the pilots’ opinion.

By letter of April 30, 2020, Winair informed its employees that taking into account the airline’s financial situation, effective the payroll of April 2020 all employees of Winair, including managers, executive management and supervisory board of directors, would be paid 75% of their gross salary and fees. The work hours were to be reduced to 32 hours per week.

WICSU/PSU agreed to this proposal, but only for a period of 90 days, after which Winair management, the union and shop stewards were to review and discuss steps moving forward.

In May 2020, Winair stated that it expected the pandemic to last at least 12-18 months, during which the reductions of salaries and working hours were to be continued.

Late December 2020, the Dutch State awarded Winair a loan of $3 million under stringent conditions. Winair obtained this bridge financing because the company could not meet its obligations and was in danger of bankruptcy.

On November 18, 2021, Winair informed the union and employees that although the number of flights had not yet reached the 75% level of January/February 2020, the 25% salary reduction would be replaced by the mandatory reduction of 12.5% under the National Ordinance.

Due to Winair’s deplorable financial state, the Dutch State extended the repayment term on the $3 million loan by 36 months, and issued a second loan of $1.5 million in December 2021.

From an independent auditor’s report by Ernst & Young of June 30, 2022, it emerged that Winair had suffered a loss of almost $2 million up to December 2021. The consultancy said that the airline’s “total liabilities exceed its total assets” by almost $4.75 million. The consultancy spoke of a “material uncertainty which cast doubt about [Winair’s – Ed.] ability to continue as a going concern.”

The main bone of contention in the appeal case was the question whether Winair was entitled to implement a working time and salary reduction of 25% between July 1, 2020, and November 1, 2021. According to the airline and the workers, there was no legal basis and no agreement about the 25% reduction.

According to Winair, the figures show that the company was teetering on the edge of bankruptcy. Despite the Dutch loan, the financial situation had not improved and the company was unable to secure any other means of financial support, such as loans.

“Although the situation is now improving, the financial situation until November 2021 was so threatening to Winair’s survival that a substantial wage sacrifice could be considered necessary in light of all uncertainties about the development of the pandemic and its consequences for the market and Winair, and thus the employment of its employees,” the Appeals Court stated in the verdict.

Considering this, the court found the 25% reductions of working hours and salaries reasonable and rejected the claims for payment of overdue salaries. The union and the workers were sentenced to pay the legal costs of these proceedings, which were estimated at NAf. 11,000 in lawyers’ fees.