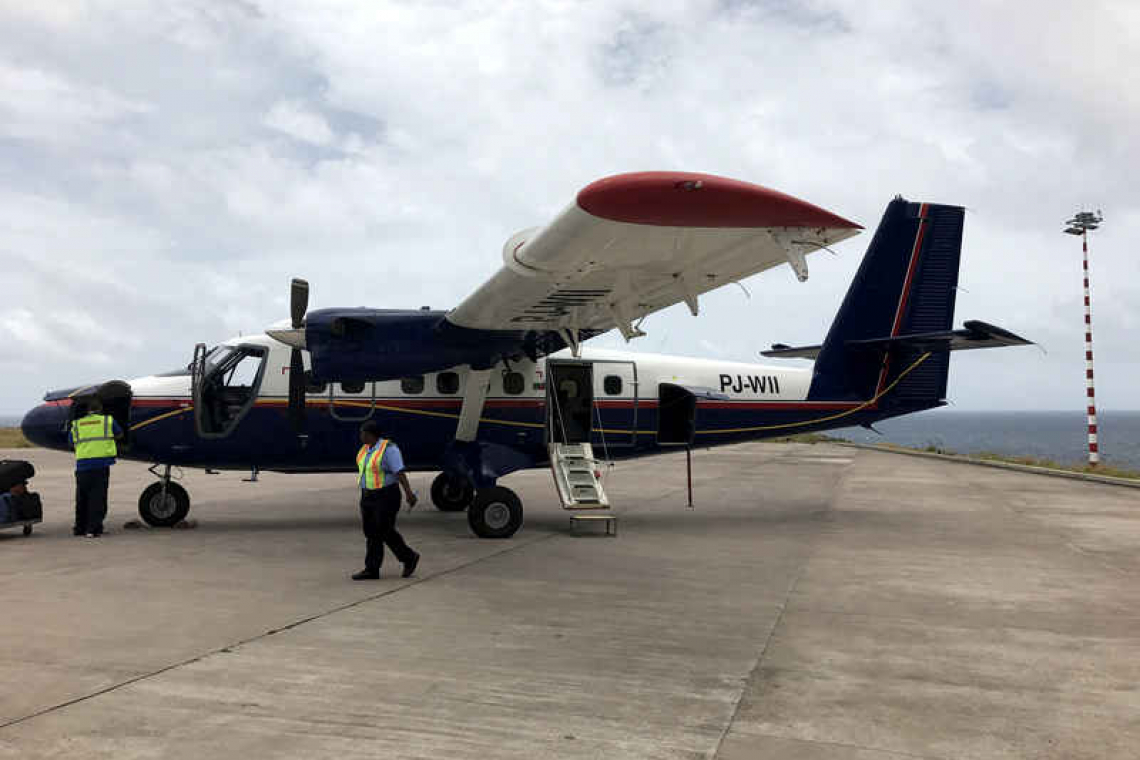 SIMPSON BAY–The US $3 million mortgage loan with a market-based interest rate provided by the Dutch government to Windward Islands Airways International Winair to safeguard the connectivity between the Caribbean parts of the kingdom is not a “free ride” for the airline, Winair supervisory board member Hans de Jong stated in an open letter to the media.

He said the loan had received extensive attention, both in the Netherlands and in the Caribbean part of the kingdom. In addition, questions were posed by several Members of the Second Chamber of the Dutch Parliament.

In a letter to the Dutch Parliament of December 31, 2020, Minister of Infrastructure and Water Management Cora van Nieuwenhuizen gave a “clear explanation” as to how and why this mortgage loan to Winair is being provided, De Jong stated.

“As can be concluded from the letter, it is not a free ride for Winair. This is a mortgage loan with as collateral a building belonging to Winair, with an interest rate of 4.41 per cent. That money, including interest, must in principle be recovered and repaid within 18 months. Curbing the COVID-19 virus in the very short term and thereby restoring the number of air movements is essential to be able to realistically complete this timeline.”

The Dutch State is a shareholder with a 7.95 per cent interest in Winair. This was determined in the run-up to the dismantling of the former Netherlands Antilles, based on recommendations by the “Boedelscheiding Committee” pertaining to the division of assets. According to De Jong, the Netherlands also has an interest in maintaining and guaranteeing air connectivity between St. Eustatius and Saba.

“Before the outbreak of the COVID pandemic in March of last year, Winair served not only the Windward Islands but also Curaçao, and via this island, Bonaire and Aruba. A direct connection between St. Maarten and Bonaire, and vice versa, proved not viable due to the lack of sufficient passengers,” De Jong stated.

“Winair’s development of the various routes contributed to improving the connectivity of the Caribbean part of the kingdom, a gap left behind after InselAir had to cease services because the [Air Operator Certificate – Ed.] AOC was not renewed. No one can have escaped the fact that, following the loss of InselAir, connectivity has been greatly disrupted, which is also reflected in the development of transport figures over the past 10 years.

“The important role of Winair in transport within the Caribbean part of the kingdom can, therefore, not be denied and the Dutch support based on a public interest in the maintenance of air links underlines this assertion. Moreover, the government of St. Maarten, as a major shareholder, and within the island’s financial capabilities, has given salary support to Winair to cope with the consequences of COVID and the decline in services.”

De Jong does not think this loan has created a situation of (unfair) state aid at the expense of other airlines operating in the Caribbean. “Aruba and Curaçao, for example, are free to give their ‘own’ airlines a financial boost too. However, unlike Winair, all companies are in private hands and the request for aid must, therefore, come from these private entities. … I do not know whether Aruba Airlines, DiviDivi, EZAir and Jetair have knocked on their respective governments’ doors.”

De Jong stressed that the loan must be paid back “neatly and preferably on time” and at the agreed interest rate.

“The mere fact that Winair also serves a French territory [St. Barths] means that this Dutch support has been extensively tested on the compatibility with [European Union] EU state aid laws and regulations. The conditions of the financial support include an obligation for Winair with a minimum level of operations to both Saba and Statia. What other society within the kingdom has this obligation? This is a rhetorical question by the way: none.”

Minister van Nieuwenhuizen ended her letter to the Dutch Parliament by saying that she will explore how long-term connectivity will be guaranteed. Research carried out by former Chief Executive Officer of KLM Peter Hartman into connectivity in the Dutch Caribbean has “clearly” shown that routes can be considered “thin” in absolute numbers, whereby the market mechanism does not work optimally, according to De Jong.

The Hartman Committee, which was set up in early 2017, made a number of suggestions on how to improve the sustainability of air operations between the islands at affordable rates, De Jong said.

“Setting up a kind of public service obligation, as provided by the Foundation for Economic Research SEO to the Committee, is certainly worth discussing further, but at the same time let the policy-makers of the islands and countries in the kingdom look at the level of fees that the various actors in the ‘value chain’ charge the airlines concerned, so that the supposedly high fares that are charged to the passenger can be put into perspective.

“By merely comparing fares in the Caribbean with the fares charged to passengers in Europe, among others, without proper substantiation, the discussion remains mired in expressing pure emotions, which does not do justice to the importance of air connectivity forming the lifeline of and between the countries and islands of the Caribbean part of the kingdom, a great challenge for the governments after the elections in both the Netherlands and Curaçao in March.”