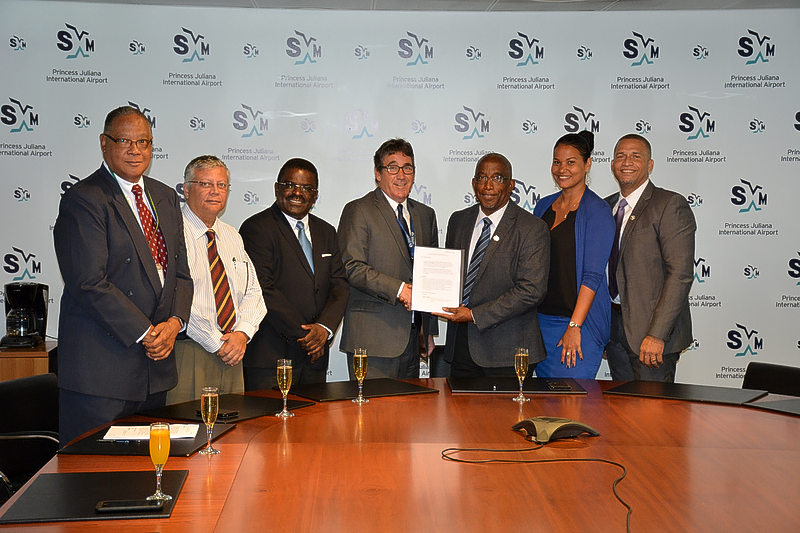 Ground-handling is commonly referred to as “under-the-wing” services that include baggage loading and off-loading, delivery of baggage to baggage carousels, aircraft push-back, lavatory services and water services.

Menzies Aviation had the contract as the only ground-handling company for years, but after the contract expired in 2015, Winair applied to also be a ground-handler at the Airport. This fell into the company’s plans, which it announced during its recent anniversary celebration.

“Winair is proud to have been granted this concession allowing us to compete in providing services to all users of Airport SXM on an economic and service-based scenario,” stated Winair President and Chief Executive Officer (CEO) Michael Cleaver.

Winair thanked the airport, in particular Acting Managing Director Larry Donker, Airport management and Supervisory Board. This concession is the result of 2½ years of negotiations between the Airport and Winair.

Through granting this second ground-handling concession, Airport users now have a choice in selecting this important and essential component of their Airport operations in St. Maarten, according to Winair.