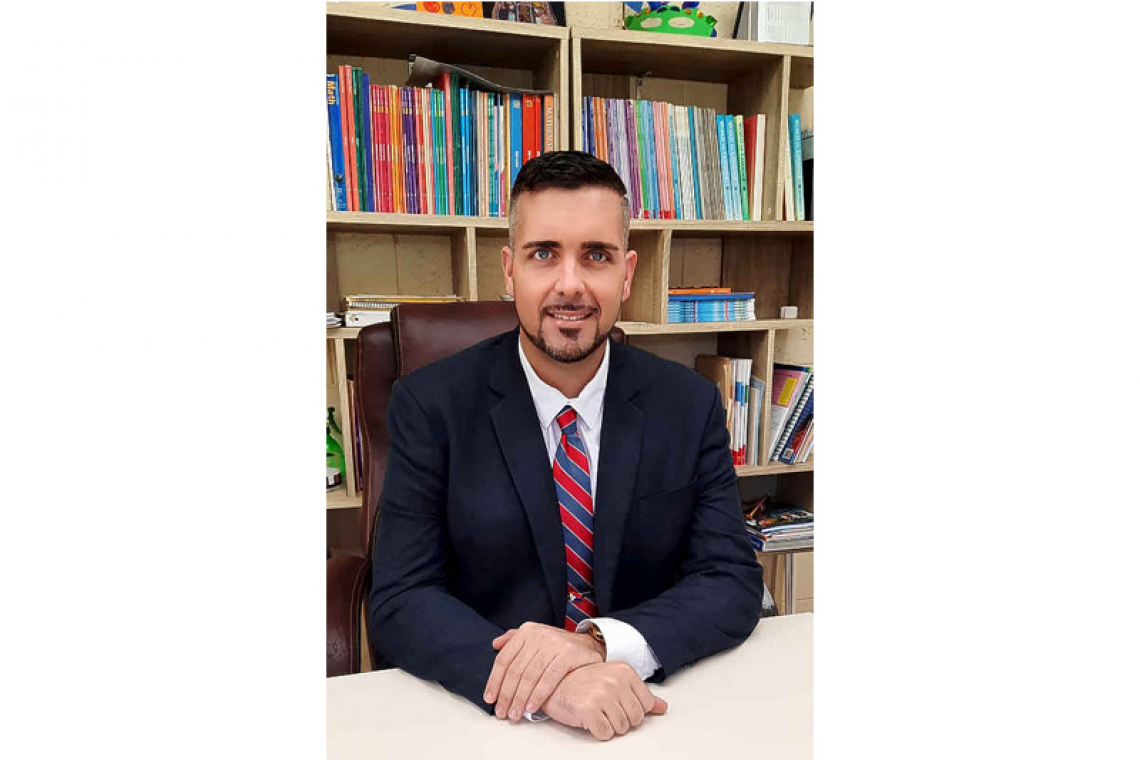 “The payment of the vacation allowance throughout all schools on St. Maarten has my full attention and I will not stop until everyone receives what is rightfully due to them,” said Johnson in a press release on Tuesday.
Present in the meeting were representatives of the School Board for Secondary Education SVOBE, Foundation for Catholic Education SKOS, Foundation Methodist Agogic Centre MAC, Charlotte Brookson Academy CBA, Foundation for Protestant Christian Education SPCOBE, and National Institute for Professional Advancement NIPA School boards.
“One of the main concerns coming out of the meeting was that school boards feel they are being held hostage with no communication forthcoming from government,” said Johnson.
“Why is the government not responding to the school boards or even to WITU?” he questioned. “You write letters and receive no response which is totally unacceptable.”
According to the release, the 12.5% cut to the annual subsidy of the government-subsidised school boards is having a severe effect on the quality of education and the working morale of staff members. “Government should be leading by example,” said Johnson.
He explained that one of the concerns expressed by school boards is that they received several letters of instruction from the government of St. Maarten, mandating that the laws on the cost-cutting measures must be upheld. Additionally, the school boards are required to submit an overview of the percentage calculations for the 12.5%.
“In the meeting school boards mentioned without an explicit instruction issued by the government in writing to school boards, releasing them from liability and retracting the instruction on the 12.5% (for which the vacation allowance is 6%), the boards are not in a legal position to execute the vacation allowance,” Johnson concluded.
Johnson said that a joint letter by the school boards and WITU will be sent to the Minister of Education Rudolphe Samuel to convene an urgent meeting with WITU and the subsidised school boards within a short timeframe.