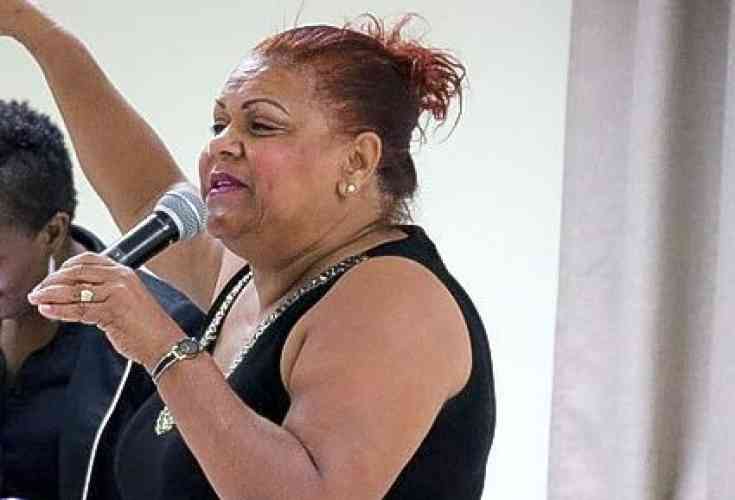 PHILIPSBURG–Public school teachers were up in arms recently over a letter they received on the first day of the new school year, informing them that, amongst other things, they have to report to Social and Health Insurances SZV on the first day of illness, instead of the customary third day.

The volume of complaints from teachers prompted Windward Islands Teachers Union (WITU) to request an urgent meeting with Education Minister Wycliffe Smith on the matter. During the meeting, WITU President Claire Elshot asked the minister to have the letter, which was sent to teachers by the Department of Education (DPE), retracted.

“The content of the letter is worrisome,” Elshot told The Daily Herald on Monday. “On the first day back in school, teachers should have received a nice welcome, but instead they received a letter outlining a number of punitive measures about sick leave.”

She said the letter informed the educators they had called in sick more than three times during the last school year, hence the reason they were receiving the letter. This was contested by several teachers, who said they did not call in sick three times, but rather their child had been ill and they had to take their child to the doctor. Some teachers also said they had been on maternity leave and not sick leave.

The part of the letter informing teachers they have to report to SZV on the first day of illness, is “worrisome” for the union president, as this seemed to be a new policy. Elshot said if the Ministry has new rules and regulations, this should be tabled via the Committee for Civil Servants Union (CCSU), which is a body that replaces the GOA, where matters pertaining to civil servants are addressed. The union informed the minister of this and indicated that the union should also first be made aware of matters such as these.

“This was a blatant disrespect. If there are changes, there is a four- or five-step procedure that has to be followed, and they (DPE) are telling teachers that if they fail to follow the rules, money would be deducted from their salary,” Elshot said.

“In our meeting with the minister, we asked that the letters be retracted because we also noted that the record for some was inaccurate. Some teachers say they never called in sick. It was their child that was sick. And if the child was sick, they should get a chance to take the child to the hospital. It should not be listed as if it is sick leave for the teacher.”

Elshot said while there are persons who are indeed on long-term sick leave, these persons did not resume work on the first day of the new school year, as they are still ill. And persons, who are ill, did not start off their working relationship with the Department of Public Education ill. She alluded to the case of one person, who has a medical issue and her employer had been informed of the person’s limitations by their doctor, and moneyw is still being deducted from the person’s salary. “They are not taking the recommendations seriously into consideration from the doctor. It is more like putting stress on the person.”

It appears, Elshot added, as though no one is looking out for the wellbeing of teachers. “If a teacher is sick, it is the obligation of the employer to make sure that the healing and wellbeing of that employee are taken into account. These letters only added to the stress of our members. They were not even welcomed back to school and they are being told they have to visit SZV on the first day of being sick, and SZV would then inform the Department of the sick leave.”

According to the union president, after listening to the concerns of the union during the meeting, Smith indicated that he would look into the matter. She said Smith felt that as minister, these issues should have been communicated to him prior.