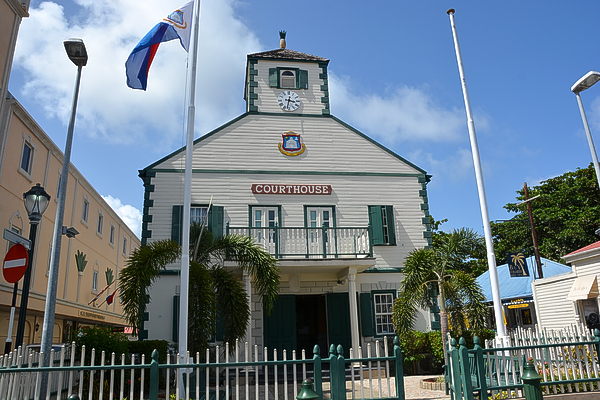 PHILIPSBURG–The Court of First Instance on Wednesday sentenced a 20-year-old woman to three-days in prison for an attempt to smuggle a small quantity of marijuana into Pointe Blanche prison.

Luchy Desir did not appear in Court to answer to the charge that she had tried to smuggle 36 grams of marijuana into the prison as a favour to a friend. The small package of drugs was found hidden between her breasts on April 19, 2015.

Prosecutor Danny Hazejager said the case was simple, stating that the young mother knew exactly what she was doing.

Her friend was sentenced to 40 hours of community service and three days, which was equal to her pre-trial detention, for a similar crime. Also in Desir’s case, the Prosecutor asked for three days, with a NAf. 850 fine.

Attorney-at-law Sjamira Roseburg said it was “a shame” that her client was not present to give her side of the story. As to the content of the package that was smuggled into the prison, the lawyer claimed that her client “did not know for sure that it contained marijuana.”

The lawyer pointed out that the drugs were not tested. The case file only contained a statement that the drugs seemed to be “an herb similar to marijuana,” she said. This, Roseburg stated, was not enough for a conviction, which should lead to her client’s acquittal.

Roseburg claimed her client had in the meantime improved her life and was no longer involved with “things like this.” She said a fine was not a suitable punishment in this case, as it was “out of proportion.”

The Judge said there was “just enough” proof for a conviction, consisting of the evidence found in the case file and the suspect’s own statements.

“It seems as if she was sent by somebody else and that she wanted to do someone a favour,” the Judge said, adding that he considered the three days spent in pre-trial detention a sufficient deterrent.