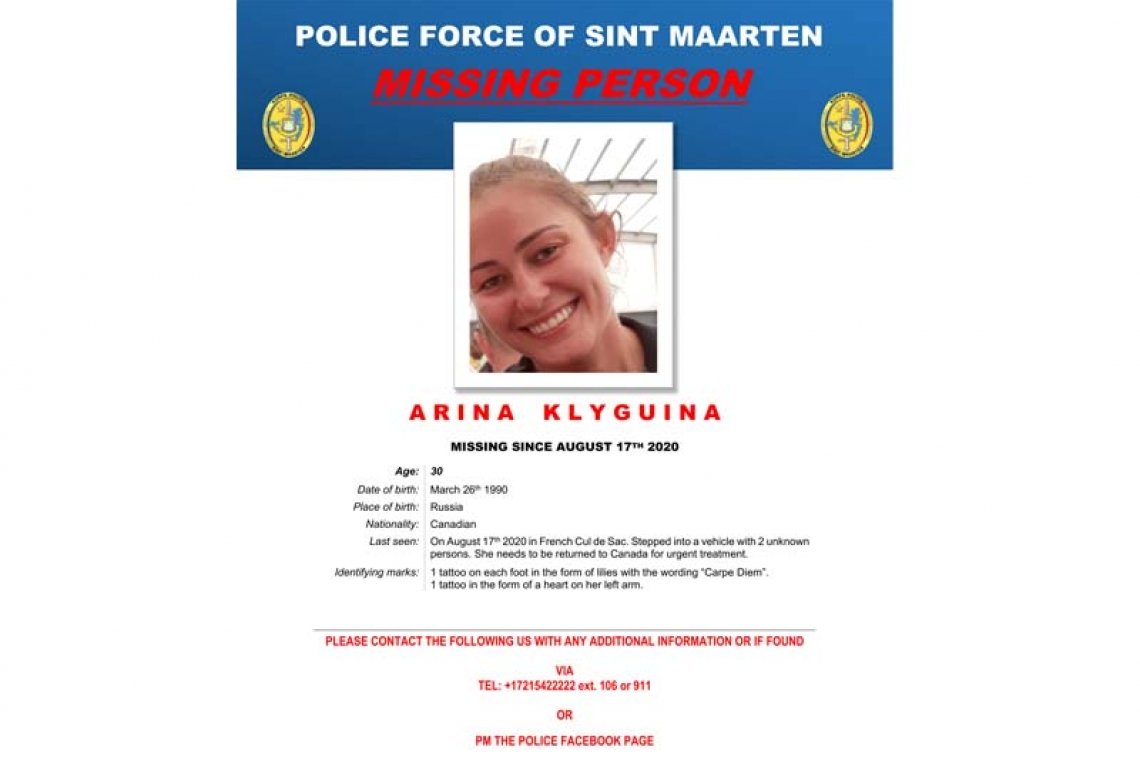 Poster of missing woman Arina Klyguina.PHILIPSBURG–Canadian national Arina Klyguina (30) has been missing since Monday. She was last seen stepping into a vehicle with two unknown persons in French Cul-de-Sac. Police are requesting help to locate her.Rutger Patrick, Klyguina’s husband, filed a missing person report at the Philipsburg police station on Wednesday. She has not returned home or contacted any family members since her disappearance on Monday.Klyguina was born in Russia – then part of the former Soviet Union – on March 26, 1990. She has a tattoo of a water lily on each foot, with the words “Carpe Diem” around it. She also has a heart-shaped tattoo on her left arm.If anyone has information about her whereabouts, contact police at tel. 1-721-542-2222 ext. 106, the emergency number 911, or her husband at tel. 1-721-523-2221.“Arina, if you are reading this, please contact the police, or your husband, and let him know that you are doing okay,” said police on Thursday.