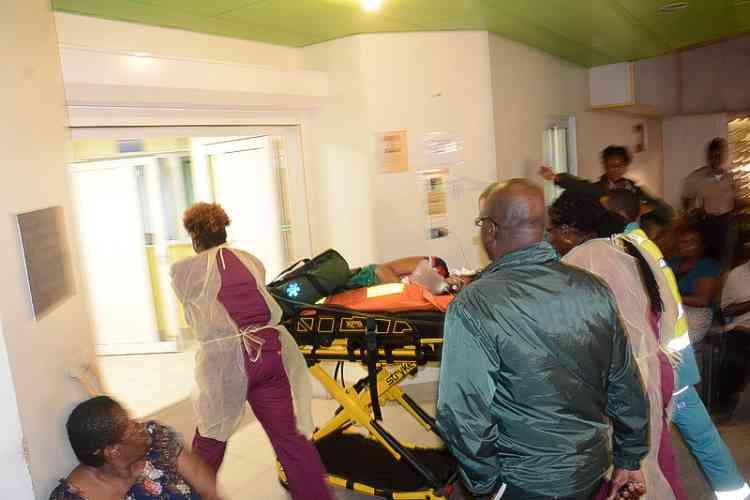 DUTCH QUARTER–A woman’s brother-in-law C.C.M. was arrested for shooting his sister-in-law N.S., who lives at Milton Drive 10 in Dutch Quarter, at 9:45pm Monday.

Police patrols found the woman on the ground suffering from multiple gunshot wounds. Paramedics were alerted and transported her in critical condition to St. Maarten Medical Center (SMMC) for further treatment.

The scene of the crime was immediately cordoned off by police for the Forensic Department officers to collect evidence and detectives to speak to potential witnesses.

The suspect in this case turned himself in to the police in Philipsburg after 10:00pm and was arrested on the spot. He also turned over to police the weapon used in the shooting, which was immediately confiscated, according to the police on Monday evening.

The reason for the shooting at this time is still unclear, according to police.