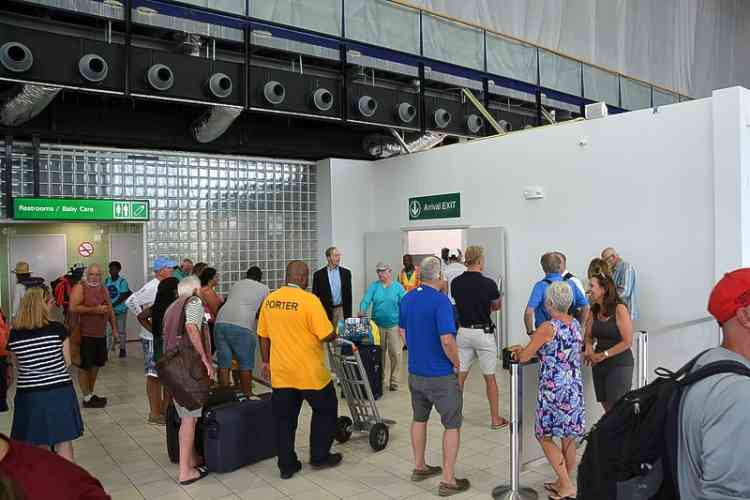 AIRPORT–A woman S.K. (27) who arrived at Princess Juliana International Airport (PJIA) on Saturday, around 6:20pm, was arrested on suspicion of money-laundering.

K., who had just landed on a Caribbean Airlines flight originating in Kingston, Jamaica, was apprehended after a routine joint control carried out by the St. Maarten Police Force’s A-Team and the Customs Department.

The money was confiscated, and she was transported to the Philipsburg police station for further questioning.