Home Local News Work on re-surfacing of airport to start next week | THE... 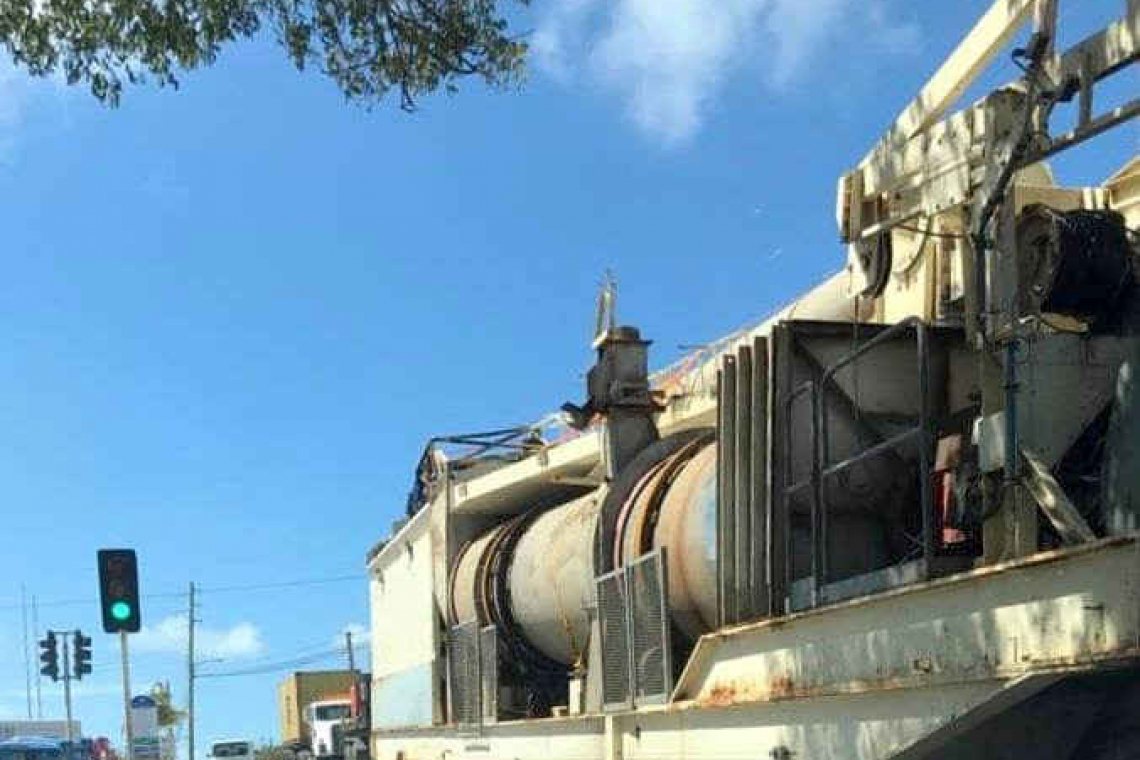 Asphalt plant being transported to the airport site.

ANGUILLA–Earlier this week the asphalt plant for the re-surfacing project of the Clayton J. Lloyd International Airport (CJLIA) arrived on island and was transported to the site at the airport from Road Bay port.

Minister of Infrastructure Haydn Hughes said that work will start on Monday, March 1, and will take two weeks to complete. Windward Roads already has a team on island preparing the site, and aggregate and bitumen are arriving on island this week. The re-surfacing is being funded by the British government at a cost of four million pounds sterling.

Windward Roads is well known in the region, having recently completed the Juancho E. Yrausquin Airport in Saba and the Princess Juliana International Airport in St. Maarten. There should be minimum disruption to air traffic at the airport while it is being re-surfaced.

Hughes also reported that work has commenced on the George Hill Road by-pass. This is being constructed to alleviate traffic onto the Jeremiah Gumbs Highway and will enable vehicles to by-pass the traffic light at that junction. He thanked Bancroft Battick and Shaynis Connor in his ministry for their hard work, advice and direction in this project. The work is scheduled to be completed in two weeks.

The minister also noted that amendments to the Road and Vehicle Traffic Act are being prepared and will include mandatory wearing of seat belts and regulations on child seats, speeding and driving under the influence.