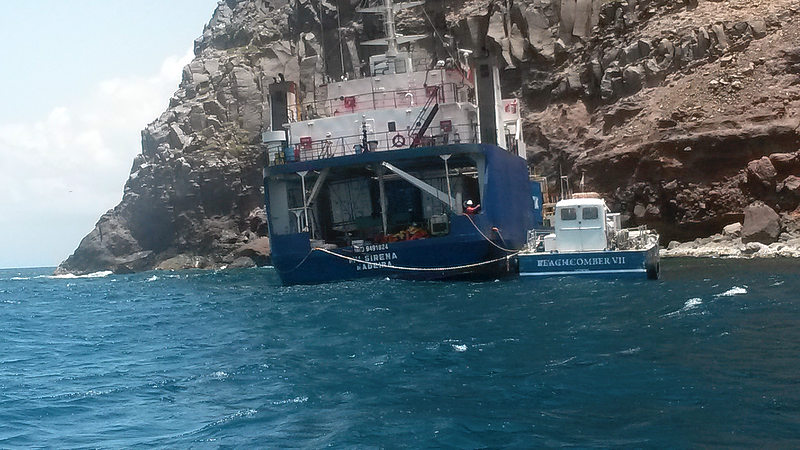 The fuel has been removed from the vessel on Saturday. Company Resolve Marine brought in a crane barge and a second barge on Sunday, to remove the 20 to 30 containers from the ship, which is sitting on the rocks on the border of the Northern Marine Reserve. The ship also has two vehicles on board.

The inter-island cargo vessel, operated by Groupe Jacques Gaddarkhan and SMMI, was sailing from French St. Martin to Martinique with seven persons on board. The French captain and six crew members from Romania were unharmed. The cause of the shipwreck has not been made public.

The vessel is said to be stable, although open to waves and winds. Inspections carried out by St. Eustatius National Parks Stenapa did not reveal any oil leakage. Divers did not find any damage to the nearby reefs.

The crew remains on the island in connection with investigations carried out by local and national authorities.