Home Headlines & Top Stories ‘WWR director did not create culture in which Larimar crimes were committed’... 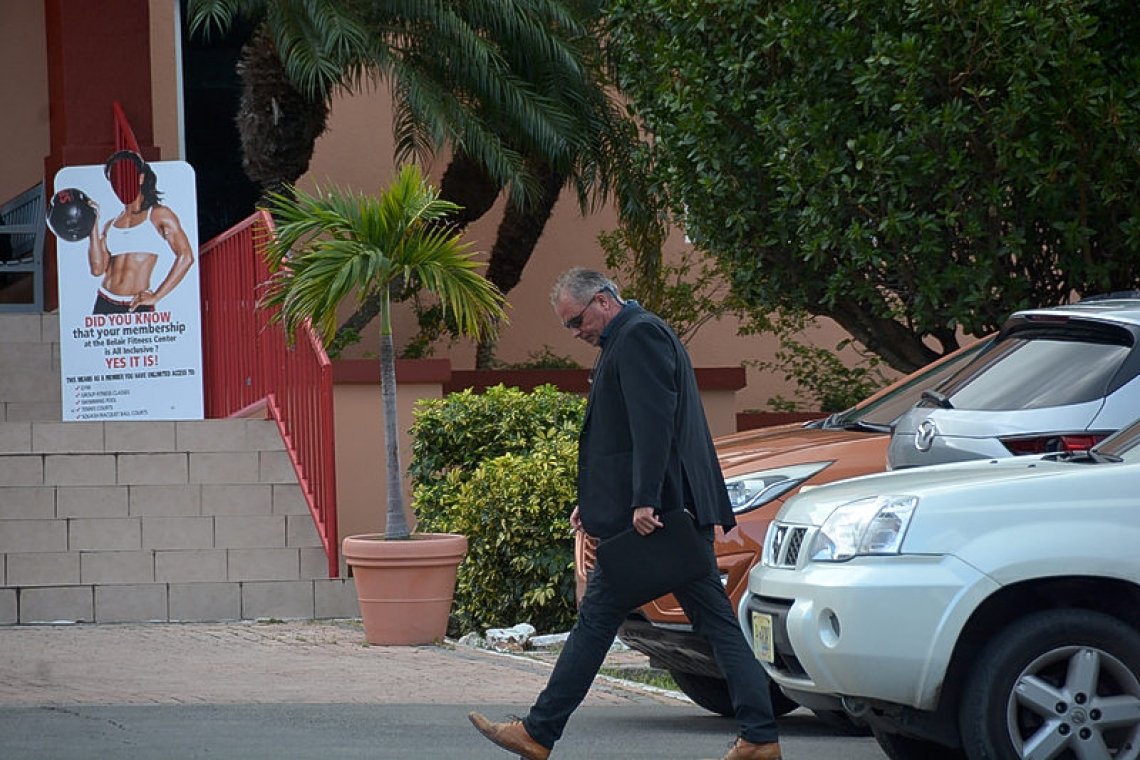 BELAIR–The five-day hearings in the “Larimar” investigation concluded Friday morning with attorney Robbert de Bree pleading for director of construction company Windward Roads (WWR) J.B. (56). In his client’s defence, the lawyer referred to St. Maarten’s “island culture,” with “unhealthy” power among public administrators and a “small group of people who have a say in everything.”

“That is no corruption, as the prosecution believes. It is a reality in which people like B. and his company functioned to be able to stand on their feet,” De Bree said in his pleadings.

“I am referring to a difficult relationship between administrators who have an extreme set of demands, always attempting to use a contractor – for pre-financing, for example – and nevertheless never consider it to be enough. The even-more-perverse variant of island culture, bribery, also appears to be relevant here, if we take [Dutch consultant and co-suspect R. – Ed.] M.’s statements as the starting point,” he said.

B. is charged with payment of in total some US $1,847,685.24 to former parliamentarian and co-suspect in this case Theodore Heyliger. He also allegedly made repairs to Heyliger’s private home to the tune of NAf. 135,292.88 to be awarded one or more public construction projects.

In B.’s defence, attorney De Bree pointed at the corporate culture within Windward Roads and its parent company Janssen de Jong in the Netherlands. In the 1990s, far before B. became WWR’s director, the company already had hired M. as a consultant and lobbyist. B. was appointed director in 2005.

“B. was appointed even though the board considered him too ‘light’ for a leadership position. And in that same culture, Ronald Philipse, who was area manager and chairman of the board for years, took part in the decision about a compensation of hundreds of thousands of dollars because M. did not meet his obligations to Heyliger,” De Bree said.

It was Philipse who had to implement a corporate compliance programme after WWR’s parent company Janssen de Jong had learned a hard lesson in 2009 from a bribery case in the province of Limburg in the Netherlands. WWR’s financial controller Jan Peter Holtland was the local confidential advisor and compliance officer in that scheme, but he was found guilty of forgery and sentenced to do community service. He has lost his job in the meantime.

De Bree said that B. is not walking away from his role in the system, but said it was good to acknowledge that he did not create the culture in which the alleged crimes were committed.

This does not mean that B. committed the crimes as charged by the Prosecutor’s Office, his lawyer said. Legal and factual elements should lead to B.’s acquittal of most charges, with the exception of forgery of an invoice of M.’s consultancy Advanced Consultech (AC) SA on February 18, 2015, he said.

According to B.’s predecessor as WWR director Jan Aben, who was heard as a witness, B. had “drowned” and Janssen de Jong had turned its back on him.

B. should have been protected and should have received guidance, but Janssen de Jong let him “swim,” said Aben.

Since September 2004, B., responsible for WWR and 80 staff members, also “inherited” the company’s relationship with M., the main suspect and crown witness in the investigation.

The company was doing well and “consistently” contributed to the parent company’s profit. However, B. was faced with major challenges. In his opinion, government did not grant the “Dutch” construction company anything, and especially Heyliger was always difficult and very demanding.

B. knew that he was not very good in the political games played by certain clients. In this light he was “happy” that M. played the role of “oilman” within his company.

M. and B. had been friends since the early 1990s. “That was separate from WWR, and in their view it has always remained that way,” said lawyer De Bree.

M. was a consultant and mediator for building projects since the late 1990s. He claimed a monthly salary of $2,500 and a percentage of the project. B. was not involved in the agreement closed between WWR., M., and his offshore company AC, his lawyer said.

“I was the linchpin between WWR and politics,” M. said about his role. Things took a turn in 2011, when M. told B. that money was paid to Heyliger and B. informed Philipse that M. had to be stopped.

In his discussions with Philipse, B. said that he was being put under pressure by Heyliger concerning a payment he claimed for the causeway bridge which M. (no longer) wanted to make because he could not pay in cash and considered a wire transfer too risky.

In M.’s words: “I could not win this discussion with Theo. He then took action in the direction of WWR to get his money. I talked to B. about this later. Theo is in a position to blackmail WWR.”

M. made it WWR’s problem, as Heyliger put the construction company under pressure by stating that WWR would no longer receive private-sector projects such as a $16 million allotment project, which was to be put on hold.

WWR feared it would have to dismiss workers if activities such as these were to be halted. To solve the problem a credit line of $500,000 was established for work for the airport and additional work WWR received for the causeway project.

“WWR was to solve the problem, but M. was to pay back the amount involved to WWR from the sale of his home in French St. Martin,” De Bree told the court.

The lawyer said that his client had never considered the work carried out at Heyliger’s house in 2008, 2009, 2012 and 2013 free work. Invoices were sent, but the “payment behaviour” on the islands is slow, he said in explaining why most of the invoices were still not paid.

In October 2013, negotiations took place about the Walter Plantz Square/Sea Palace project for which WWR had made a budget proposal of $1,088,000. After the quotation was sent to Port St. Maarten, O’Neal Arrindell, who worked as a harbour representative, informed B. that the quotation should be increased by $60,000 for “local content,” the use of local subcontractors.

According to the prosecutor, 10 invoices with a combined value of $317,726 were falsified in this way. B. said he knew that these companies had not worked for WWR, but assumed that the contractors who had sent invoices had indeed performed work for the harbour.

His lawyer said that the “remarkable billing route” was the result of arrangements in the contract which essentially involved a line of credit.

De Bree arrived at the conclusion that B. had not deliberately falsified invoices, had not been involved in the payment of funds to Heyliger and had not tried to bribe the politician. B. also had not embezzled his employer out of $347,059 and 8,000 euros and was not guilty of money-laundering, his lawyer stated in his pleadings.

In light of B.’s personal circumstances – he lost his job and has not found other employment to date – and considering the long duration of the legal proceedings and the media attention in this case, his lawyer pleaded for a milder sentence.

The lawyer proposed 240 hours of community service or a suspended prison sentence. The prosecutor demanded 12 months.

The judge will give his decisions in all Larimar cases on April 24.

Attorney-at-law Robbert de Bree of the Wladimiroff law office in The Hague, the Netherlands, who represented J.B. in the Larimar investigation.