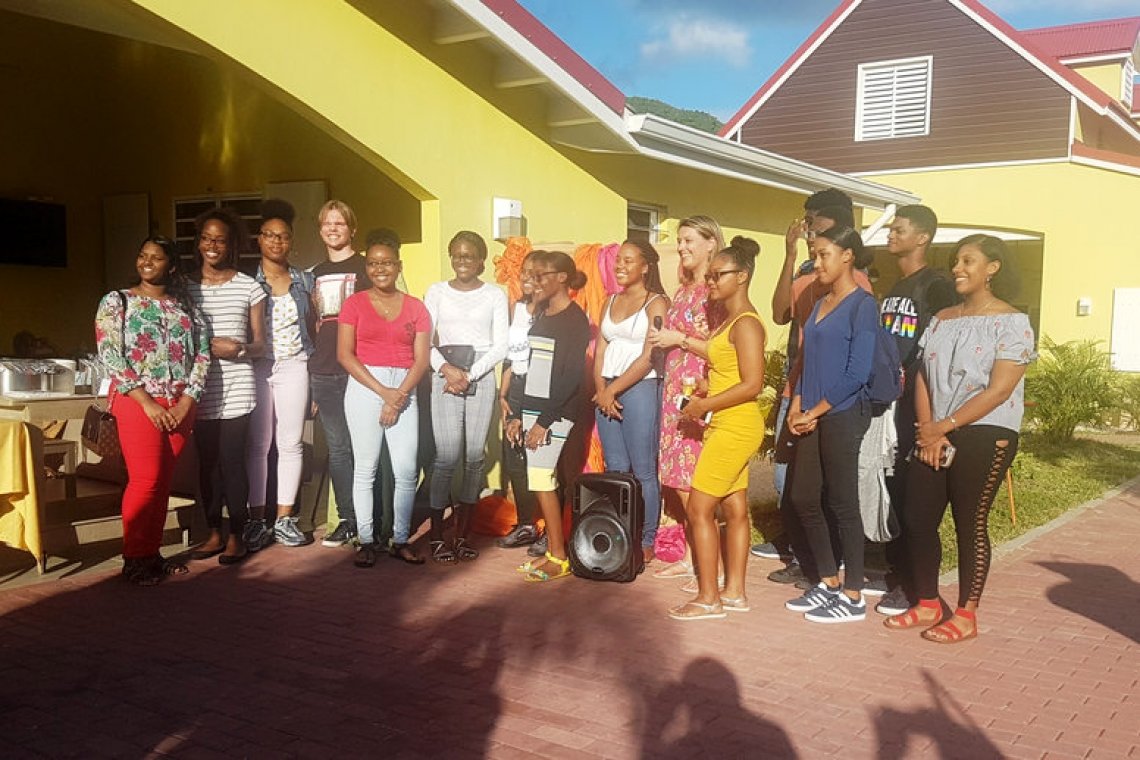 Caroline van Oost (fifth from right) and student writers of “Hurricane and Rainbows” during the book launch on Saturday.

The book was a collaborative effort between the WYCCF and Caroline van Oost of inspired Psychology Practice and Consultancy, who was the brainchild behind the project. The event marked the unveiling of the new book.

In her opening address Van Oost said she was very proud of the project, all persons involved and what they had managed to create in the end.

She said the original idea for the project was not related to the passing of Hurricane Irma, but to involve students in a project that consisted of storytelling as a way to share life experiences and to connect the youth with the elderly. However, after the hurricane the project focused more on the experiences of the elderly during and after its passing.

Several persons were involved in the preparation and success of the project, said Van Oost. High school students were invited to participate in the venture more than a year ago. The students took part in several workshops to help prepare them for their assignments.

In her address to the crowd Bijnsdorp thanked WYCCF and Van Oost for inviting her to be a part of the project. She said she had enjoyed the writing workshops and coaching the students throughout their journey. She told the students she hoped they had learned a little bit from her, as she had learned a lot from them.

“One of the things that surprised me the most was your openness and honesty during the whole process,” she said to the students. “Because of that openness and honesty, you were able to [conduct – Ed.] your interviews very well with the senior citizens and beautiful stories came from that.”

Two students took to the stage to share with the audience their stories featured in the book.

Sarafina shared her memories before Hurricane Irma passed over the island. She spoke about the anxiety and fears she had felt as the storm approached. She said she would never forget the colour of the sky before the storm: “It was alluring, captivating, even as if an artist had made the sky his canvas.”

She said, “The calm before the storm was what they called it, the bewitching calm that made me feel, that made me know that everything was going to be okay. It was the exquisite image of peacefulness, a peacefulness that I know will stay with me forever.”

Shanika shared her story about a married couple who have been together for almost 50 years. Her story delved into the couple’s relationship. She said, “Your relationship is very important when going through a natural disaster.” Her story shared the importance of having loved ones by your side when going through adversity. She later presented the wife of the couple with a photograph of their embraced hands.

Each story captured the audience, providing everyone with a glimpse of the touching stories the book encompasses and drawing rounds of applause for the students.

Van Oost invited all students to join her on stage to congratulate and thank them for the work they had done, and shared how proud she was of every one of them. They joined her in the unveiling of the book to the crowd.

The evening ended with guests mingling and enjoying refreshments. Several persons supported the project with the purchase of a book.

Van Oost said that proceeds from the book’s sale would go to a fund managed by WYCCF to continue projects and activities that support intergenerational contact, as this was the focus of the project. The project was made possible with funding from the National Disaster Fund.

Books can be purchased at WYCCF or by emailing info@inspiredsxm.com 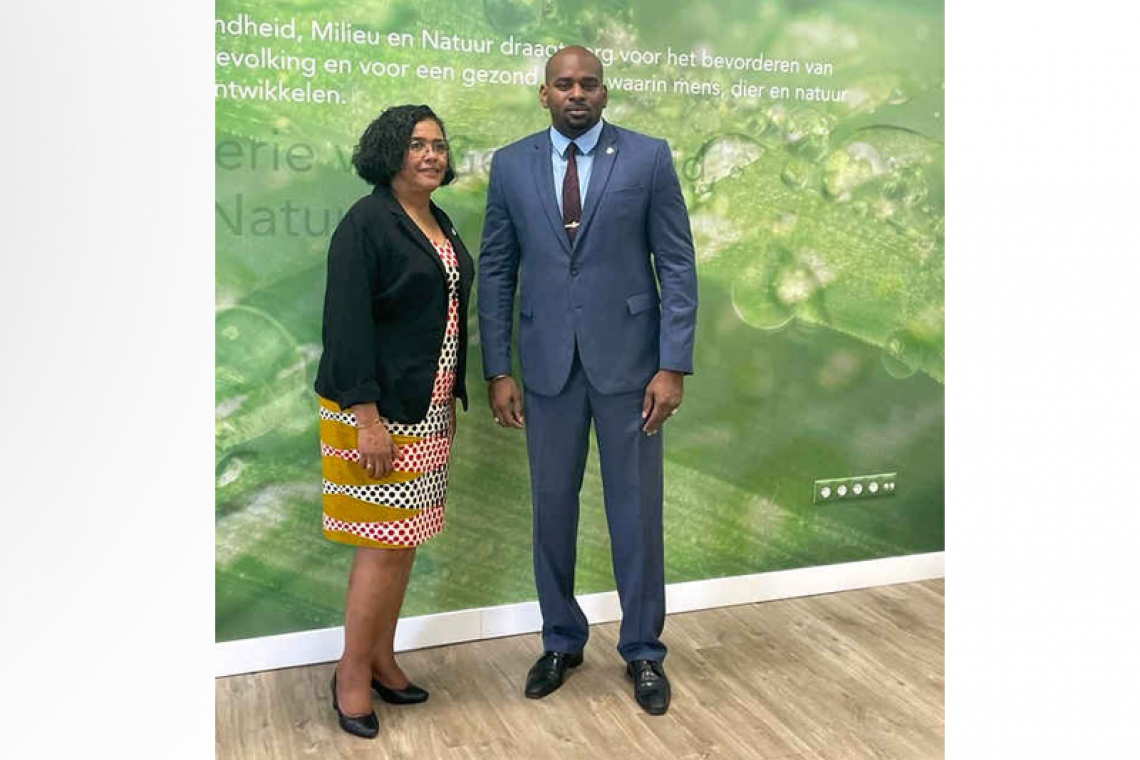