Home Local News Yachting season one of busiest in 5 years 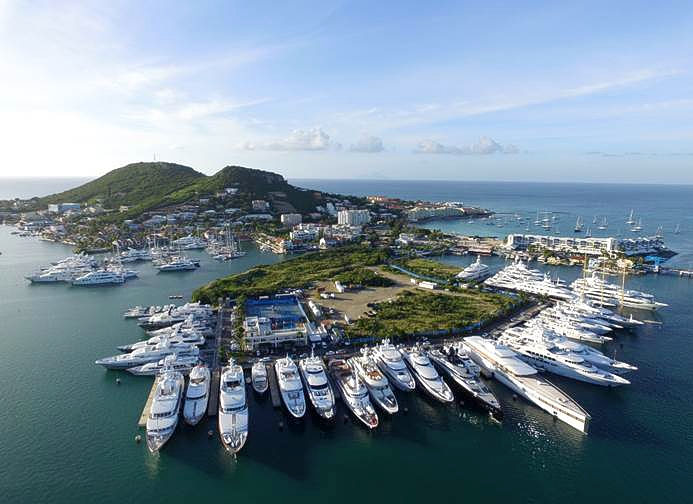 SIMPSON BAY–The 2016 yachting season was one of the busiest in five years. Even though the season was not as busy as 2015, it was “fairly strong for the marine sector,” St. Maarten Marine Trades Association (SMMTA) President Brian Deher told The Daily Herald.

Unfortunately, bad weather in the second half of December 2016 caused many boats to find shelter at other islands such as the Dominican Republic, Puerto Rico and St. Thomas while on their way to St. Maarten and the Northeastern Caribbean.

That bad weather patch resulted in a slower start to the season than usual, but as soon as the weather subsided, the yachts pulled into the many marinas in St. Maarten to make final preparations for their Christmas and New Year’s charters, said Deher.

So far, 2017 is tracking on par with historical trends and most marinas are at full or near-full capacity, which is expected to continue through the next few weeks and into February.

“All indications are at this point that the season will continue to be strong, but possibly transition slightly into a longer season in general without as dramatic of a peak period in January,” said Deher. The reason for this is that there are new facilities being built in the Caribbean, so there are more choices in the region for the yachts to consider when the marinas in St. Maarten are mostly full.

There are more yachts, in general, coming to the Caribbean basin in the winter months. “We are seeing yachts stay longer into the summer months, which is very encouraging,” Deher said.

SMMTA is working in coordination with the marinas, other businesses and stakeholders to continue to find ways to expand the marine sector and the local economy by increasing demand and occupancy during the traditional low season between May and October, he said.