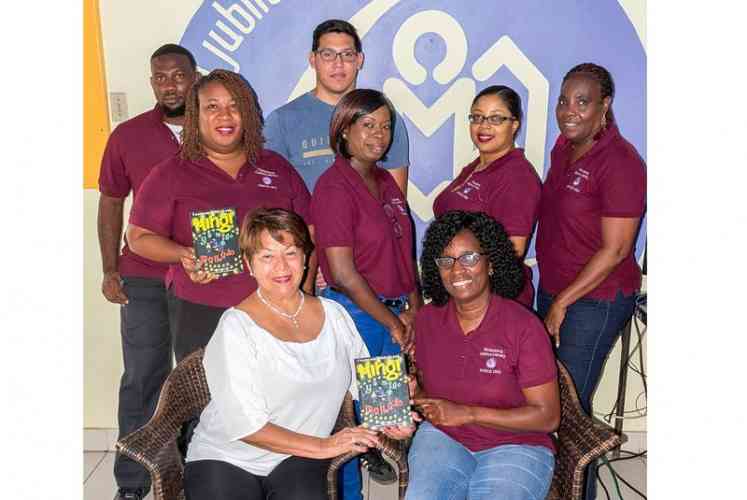 The family-oriented book for children 10-12 years is the first in the series The Adventure of Didi and his Gang, which was published in 2017 as part of a large book-writing platform initiated by education-language project Proyecto Idioma den Enseñansa and financed by a division of Aruba’s Department of Education and Fondo Desatoyo Aruba (FDA).

Twenty authors were selected, and 20 books were published in Papiamento and placed in Aruba’s educational system from kindergarten to secondary schools.

Croes moved to the Netherlands at the age of 15, after receiving a scholarship, to study at the Teacher’s Academy, where she obtained degrees in Spanish, English and Dutch. She worked as an Economics and Language teacher in Aruba, Bonaire and St. Maarten.

Croes worked at Sundial School during her St. Maarten years, and as a faculty member at University of St. Martin, where she assisted in developing the “Dutch as a Second Language” curriculum under guidance of then-dean and current Minister of Education, Culture, Youth and Sport Wycliffe Smith.

A copy of Mingi ye mago malbado was also presented to Smith to raise awareness for the Papiamento language, as it may someday be included in the educational system in St. Maarten, the Library stated.

Croes said her first children’s book in the Didi and his Gang series came at a time of inactivity and “stillness” in her writing due to a bout of breast cancer, as she had no energy to do anything with the story. However, her editor and guardian angel Gina Ramsbottom believed in the Mingi and Didi stories, and the bedtime stories that were told to her grandchildren were published.