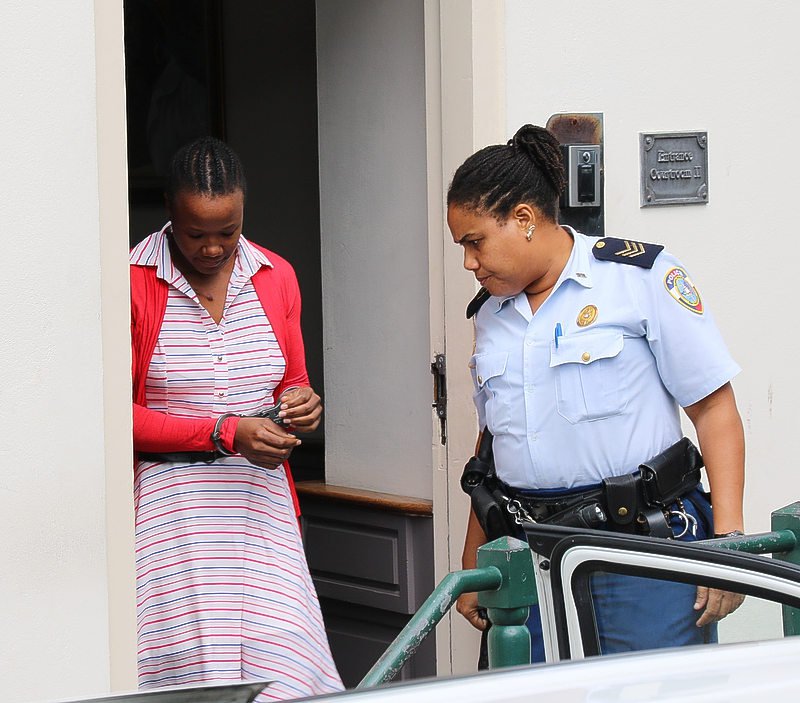 Prosecutor Martin van Nes had requested 18 years for the mastermind of the murder, the victim’s granddaughter Jannie York (34) and 15 years for her nephew, triggerman Renaldo York. The judge said the evidence in both cases proved that Renaldo had been influenced by his aunt to shoot Eddie York Sr. Jannie has consistently said she had nothing to do with the murder, but evidence proves otherwise, according to the judge.

Eddie York, Sr. 72 years old at the time, was found dead in his bedroom in his Upper Prince’s Quarter home. He was the father of 26 children. Jannie York was arrested nine months later, on September 16, 2015.

Before her father died, Jannie allegedly presented documents at a notary’s office giving her authorisation to act as the owner of her grandfather’s land. This raised a red flag in the enquiry after the killing took place.

Renaldo confessed to shooting York during interrogation by police, but changed his story three times, accusing several persons of ordering the murder. Ultimately he pointed the finger at Jannie.

Charges against Jannie included aiding, abetting and being an accessory to murder and manslaughter. “You had financial motive and directly benefited from the death of your grandfather,” stated the judge during the handling of the verdict.

Jannie also possessed documents for an apartment complex which she said had been bought from her father. She had the deed to the land and receipts indicating that she had paid her father for the property with four cheques of US $36,000.

When asked by the Prosecutor how she had obtained the money to purchase the land, she said she worked. The Prosecutor said the jobs she had in the past had been low-paying and asked how it had been possible to pay for the land.

Jannie said during the handling of the case earlier this month that a large part of her income had come from a married man who lives in Curaçao with whom she was having an affair. The Prosecutor requested his name from Jannie, but she refused to give it because she believes doing so would hamper his marriage.

The two suspects have been in detention for 13 months. They have two weeks to appeal the verdict if they do not agree with the judge’s decision.