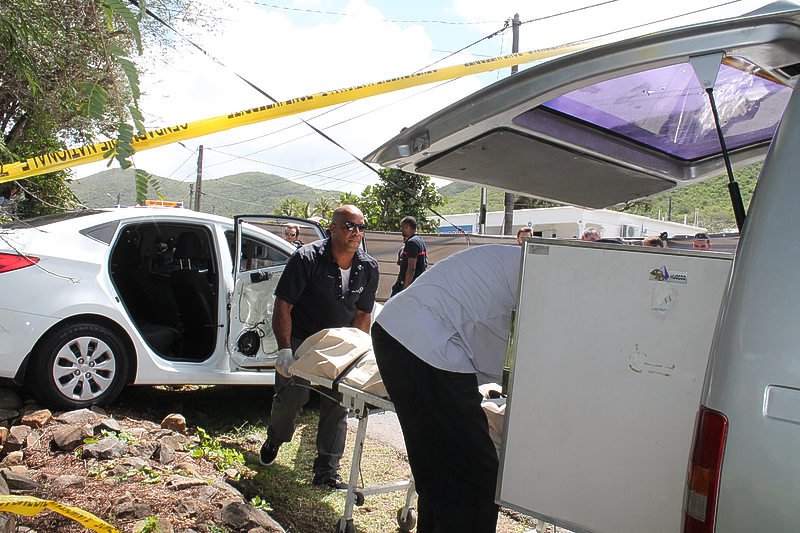 MARIGOT—A young man identified by witnesses as Jahkim, or nickname “Pinocchio,” was shot dead in French Quarter, opposite the Belle Plaine Supermarket on the RN7 at around midday on Thursday.

Gendarmes responded to an accident and on arrival found a white Hyundai Accent with Dutch-side plates with its rear end backed onto a stone wall under a tamarind tree.

Capitaine Emmanuel Maignan said indications were that the young man died of bullet wounds but did not say if there were one or more shots fired. Witnesses said the young man was shot inside the car. There was some damage to the body of the car and one side window from the rear seats was missing, suggesting shots were fired through the window.

It was not clear if another vehicle was involved in the accident and if perhaps it had forced the Hyundai Accent off the road.

The victim, who reportedly comes from Dutch Quarter, was pronounced dead by a doctor at 1:00pm despite efforts to save him by emergency services. A screen was erected around the body and crime scene as paramedics tried to revive the young man. A woman, said to be the mother, was sobbing uncontrollably.

Maignan said it was too early to say if there were one or more shooters, and what the motive for the shooting might be.

The RN7 was closed in both directions, at the Belle Plaine border and in French Quarter itself, for around two hours.