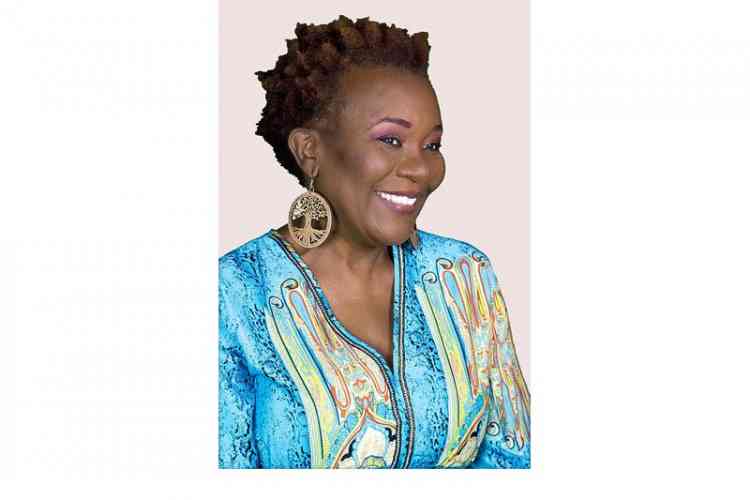 PHILIPSBURG–Nomad by Yvonne Weekes, published here by House of Nehesi Publishers (HNP), will be launched in Barbados on Tuesday, August 13, by the country’s prestigious Frank Collymore Literary Endowment foundation.

Weekes will share the limelight with writer Karen Lord, whose science fiction book Unravelling will be co-launched. Both authors are previous recipients of the Frank Collymore Literary Endowment Award. The book party will take place in the Central Bank of Barbados.

The gritty and graceful poems of Nomad travel with the poet as an immigrant child in London; as a refugee fleeing with her young son from the Montserrat volcano eruption to Barbados where she teaches theatre arts at The University of the West Indies (The UWI).

“Nomad is a survivors’ handbook and a travellers’ guide for anyone who has known the burden of a life bundled into bags,” said Jamaican performance artiste A-dziko Simba Gegele.

On Tuesday, August 20, Weekes will be in Trinidad and Tobago to recite from Nomad at the Carifesta literary programme, said Nicholas Laughlin, programme director for NGS Bocas Lit Fest.

The reading of writers from across the region at the Grand Market in Queen’s Park Savannah will reflect on the meaning of “Caribbean.” The two-evening programme includes a debate by kaisonians tackling the same topic.

While in Port of Spain, Weekes will also attend the UWI Symposium titled “Journey Around Myself,” August 19-24.

The theme of Carifesta XIV, scheduled August 16-25, is “Share. Connect. Invest.” Carifesta is the largest pan-Caribbean cultural arts festival, with recent editions of the festival seeing interest from governments and organizations from Asia, Africa, Europe and the Americas seeking to send delegations.

“I am happy for Yvonne Weekes and Nomad, for making such a heady literary movement between the Barbados launch and the Carifesta reading,” said publisher HNP.

Nomad is available at SPDbooks.org for Internet orders, The UWI-Barbados bookstore, Van Dorp bookstore and Carifesta 2019.