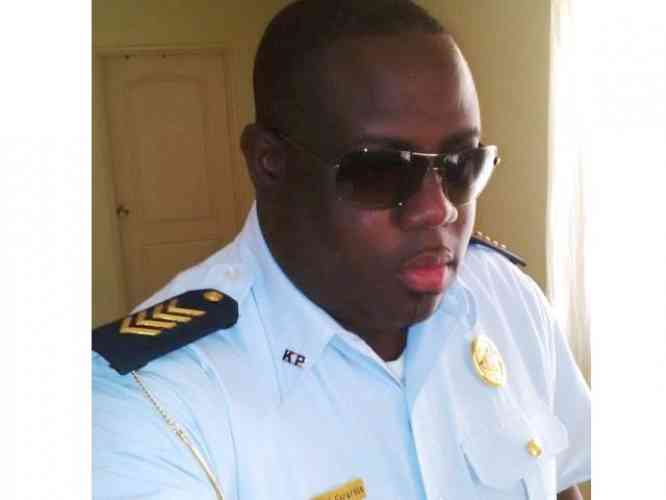 The investigation WHALE conducted by the National Detectives has resulted in prosecution of J.V.G. (43) and C.K. (33) for the following charges.

J.V.G.: theft of diamonds, cut stone, or jewelry and embezzling proceeds of sale, bribery in service as a police officer, forgery and breach of confidentiality.

The case against co-suspect >C.K. has been postponed until >November 21, 2018 at 2:00pm. C.K. is suspected of stealing diamonds, cut stone or jewelry, accepting bribes from a police officer and inciting forgery.

The Public Prosecutor emphasized during the court hearing on Wednesday, October 17th, 2018, that attention should be placed on the fact that this case unraveled after a concerned citizen filed an official complaint. “This person should be complemented, because of their complaint various investigations have been launched and subsequently disclosing the truth. The safety of Sint Maarten is a case for everyone, not just the Public Prosecutor’s Office and investigation services.”

The Public Prosecutor has requested to prosecute J.V.G. for embezzling the sale of fake and real diamonds. “What’s alarming is that the suspect in service as a police officer happened to become in possession of some diamonds after hurricane Irma. The guilt is not based on whether the diamonds were real or not.”

The Public Prosecutor also asked to convict J.V.G. for bribery of a 3 year period.

“The WHALE investigation has revealed that suspect C.K. had regular contact with police officer J.V.G. and gave J.V.G. money, friendship, all expenses paid vacations and other things. In return J.V.G. provided C.K. with confidential information about ongoing investigations. This is already sufficient for a bribery conviction.”

Moreover J.V.G. is guilty as a police officer for sharing confidential information about ongoing investigations with suspect C.K. It can be alleged that J.V.G. was bribed to provide C.K. with information about cases in which C.K. was a victim or suspect during the period of 2015 to 2018.

C.K. bribed J.V.G. to write a false report, which the >Prosecutor’s Office finds a >serious offence. “The accuracy of official reports is vital. We must be able to rely on the law enforcement.”

“Further it is also documented in the defendant’s file that background investigations were or were intended to be carried out for a fee. This is what the Public Prosecutor’s Office considers unwelcomed extracurricular activities for a police officer on Sint Maarten. However this is not a chargeable criminal offence,” The Public Prosecutor pointed out.

“Bribing a police officer and investigating detective is a serious offence, but the role of J.V.G. is more incriminatory. J.V.G. worked for the Afdeling Zware Criminaliteit of the Sint Maarten Police Force (KPSM). This department conducts the big investigations. Consequently an already pending case was postponed in order to carry out further investigation.

“At the time of arrest the accused J.V.G. was working as a policy advisor in the Cabinet of the Prime Minister. Because no legal measures have yet been taken against J.V.G. by Country St. Maarten, I will also request to prohibit the defendant from working as a civil servant for a period of 5 years.”