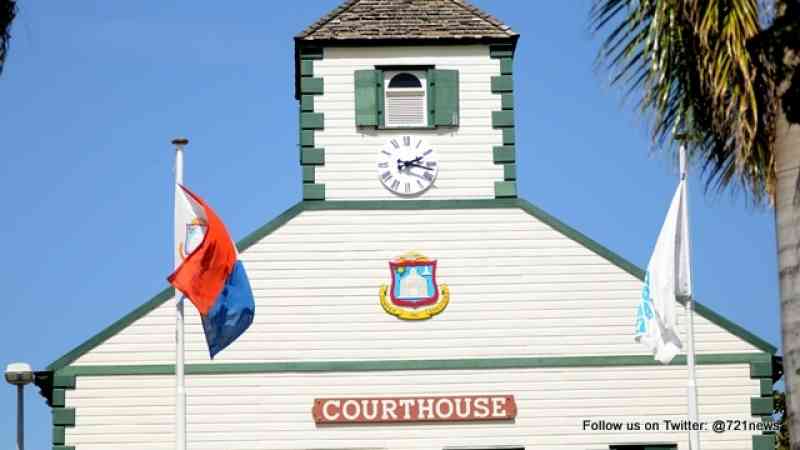 >PHILIPSBURG, Sint Maarten – In an >exclusive interview 721news had with attorney >Zylena Bary she told us that her client wants the following known about the so-called investigation into alleged discrepancies discovered at the Courthouse of Sint Maarten.

After having my client arrange the trip for the persons conducting said internal investigation to come to Sint Maarten, she was, without prior warning or knowledge, locked out of her office, the locks were changed and she was blocked from the server at the Courthouse. In essence, she had no more access to files and/or data.

Her client was then sent home on a forced vacation in January 2018 by her superiors and denied access to the Courthouse. The persons performing this coup did not have my client present when they searched and seized the items, files, documents, etc in her office. There was, in other words, no inventory done with my client present to confirm what was and what was not in her office. Her client was then ‘invited’ to Curaçao and to ‘talk’ about supposed discrepancies and was informed that if she could bring any documentation that would be appreciated.

Attorney Bary told our news room “It is unclear how my client could be expected to bring documentation, not in her possession or to which she no longer had access to a meeting in another country. From this position of helplessness, the Beheerraad via their mouthpieces, have concluded my client has not been able to explain what they consider to be discrepancies. It should be noted that my client was not shown any documentation as to what they consider discrepancies and upon her request for same was told that that was not needed or going to happen at that juncture in the  internal ‘investigation’.”

Attorney Bary considered it strange that so many months elapsed without having the suspension heard/decided upon and inquired by the Courthouse as to the cause for the delay.

“To my client’s dismay, we were informed that the Court wanted to first wait to see if she would challenge her termination from her employer to then schedule both the suspension and termination hearing at the same time. It then became clear: my client was not to return to her position.” Attorney Bary said.

This intent was further confirmed by the fact that in February 2018, my client’s superiors already placed an ad in the Netherlands specifically for her position in Sint Maarten. This ad, as we would later learn, was placed prior to her suspension and definitely before a criminal complaint was filed against only my client in March 2018. It remains unclear why an ad for an interim replacement for my client, who still held the position, would (only) be placed in Holland and not on Sint Maarten or our neighboring islands within the Kingdom.

>To see the criminal complaint against only my client for what it truly is the following should be made clear:

1.) My client cannot sign any cheques by herself (another signature was required and was present).

>2) My client is only half of the managing team on Sint Maarten; a Judge forms the other half. My client feels it was premature and could even be considered malicious to only file a complaint against her under those circumstances. By singling out my client, my client feels her superiors intentionally wanted to steer the public prosecutor into one specific direction. Let me be clear, my client maintains her innocence and considers this to be a public attack on her 41 years of exemplary service to the Courthouse and Sint Maarten.

For 6 months (thus after the filed criminal complaint), my client was never contacted by the Public Prosecutor’s office, was never heard by a single detective and was in no way shape or form restricted in her right to freedom, etc. It cannot be considered a coincidence that just before her cases challenging her suspension, termination, etc were to be handled she was arrested allegedly in the act at the RBC bank in a so-called attempt to defraud the Court house for an >account they do not hold at that bank.

According to the Judge deciding on the legality of the arrest of my client, the national detectives thought she was there for Courthouse affairs. Imagine being arrested (in the act) for breaking into a house in Sint Peters that the prosecutor thought was in Colebay!

None-the-less, the charges included at least four> (4) facts, but have >since dwindled to two (2). My client remains in pre-trial detention, despite a letter from her doctor indicating that she is not fit for detention.

Considering the fact that the entity behind the filing of the criminal complaint against my client is the very same entity that appoints, suspends and fires Judges, my client’s chances at a fair trial remain suspect (pun intended). The public prosecutor seems to have a free hand in what documents he submits to the defense and what he does not, he objects to digital filing by the defense but submits his requests to the Judge in question digitally, he has not yet provided the defense with the additional documents in the file in hard copy (despite an explicit request thereto by the defense). The defense has lodged complaints about these matters to the Judge of instruction in this case.

>And lastly, to those quick to follow (social media) outlets that simply regurgitate what the public prosecutor spits out; remember: there is more in the mortar than the pestle!

An operation k0z was performed to send the receipt – see...