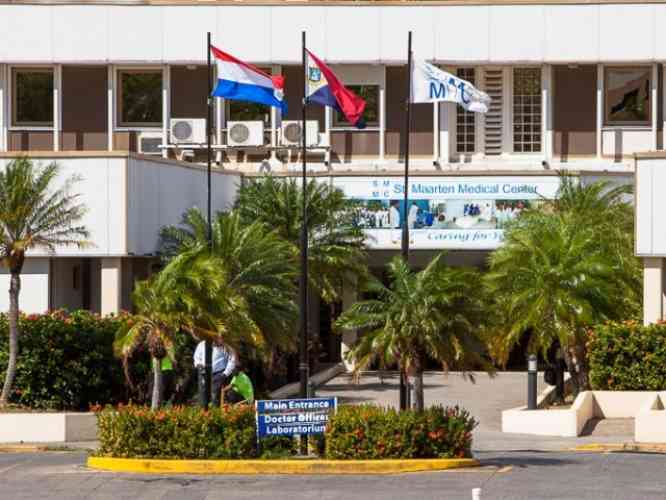 COLE BAY, Sint Maarten – News reports reaching 721news said that a male patron of Lotus Club, for unknown reasons, engaged in an altercation with a female staff member of the club. The argument became so heated, that the man assaulted the female worker by cutting her face with a broken glass.

A fight then broke out at the club where several people were injured.

The injured parties proceeded to the St. Maarten Medical Center (SMMC) for medical care when an unknown person saw the aggressor (the male patron) on SMMC’s property and shot him. The male patron is said to be in serious condition.

Police immediately locked down the area took serious measures to guarantee the safety of all at SMMC.

As soon as more information reaches 721news, we will update our readers.

On Sunday May 27th at approximately 07.00 a.m. police patrols, detectives and Forensic Investigators were sent to the Sint Maarten Medical Center to investigate a shooting which had taken place in the parking lot at the emergency entrance of the hospital.

On the scene the investigating officers learnt that the victim had been shot in the parking lot and after the shooting he was attended to by the medical staff who immediately took him to the operation room to be operated on. The victim was shot in the right side of his upper body.

According to reports, the victim had an altercation with one or more persons at a local night club earlier that same night. The situation had gotten out of hand which ended in a shooting on the premises of the Sint Maarten Medical Center.

Who the suspect (s) is that is responsible for the shooting and the reason why it took place is been investigated by detectives who are presently interviewing witnesses and the Forensic Department who is collecting evidence on the scene.

As more details become available the media will be informed.