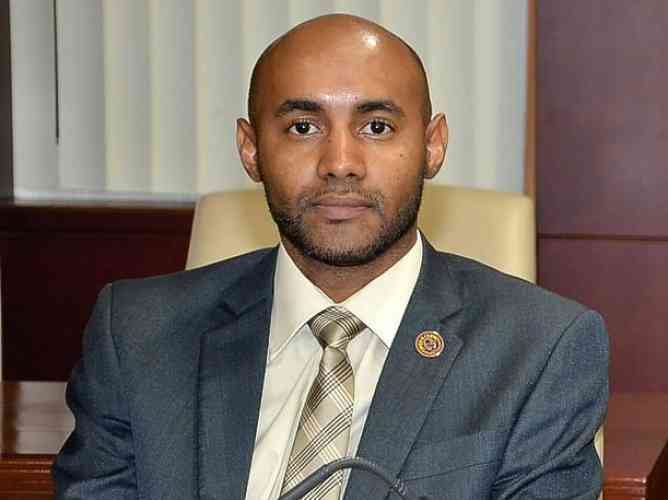 PHILIPSBURG, Sint Maarten — Member of Parliament Chanel Brownbill has made an attempt to prevent that he would be dragged into court for tax fraud, but a ruling from the Common Court of Justice of December 20 of last year, published on January 15, shows that the case can continue. Brownbill – currently a candidate on the United Democratic Party (UDP) list – will have to appear in court on February 7.

Brownbill’s attorney Safira Ibrahim told the court in a closed-door hearing in December that her client has filed a tax return in the meantime and that the prosecutor ought to await  a decision from the tax inspectorate before it can prosecute.

The prosecution accuses Brownbill of keeping an amount of $1,261,078 in turnover off the books of his company Country Construction by not reporting it and by not filing a return for his income. The charges concern a period of more than seven years – between June 1, 2009 and August 2016.

The court ruling states that a demand to prosecute has to be denied if the decision to make the demand has been taken lightly or based on political motives. The court furthermore found that Brownbill’s attorney had not fielded any rule of law that states that the prosecutor is not allowed to prosecute in case a suspect has belatedly filed a tax return while that return has not yet been assessed by the tax inspectorate.

The public prosecutor presented in court a letter dated December 6, 2017, from J.R.J. Chayadi, the interim head of the department of fiscal affairs at the Finance Ministry in St. Maarten. In that letter, Chayadi asks the public prosecutor to prosecute Brownbill “if they consider this opportune.”

The court ruled that the decision to prosecute Brownbill has not been taken lightly and that it is not based on political motives either. The court therefore ordered the prosecution of the defendant. Source: Sintmaartennews.com