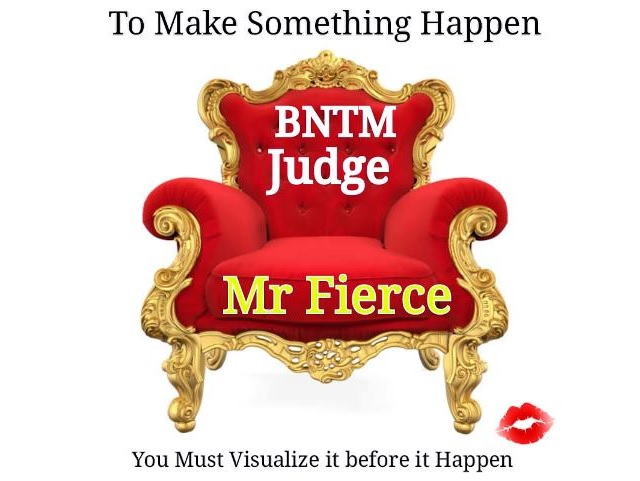 BRITAIN/ST. MAARTEN – St. Maarten born Francis “Mr. Fierce” Mathew moved to the United Kingdom a few years ago only to be told that he could never compete with the already established model coaches. He wanted to give up, but realized he came too far and worked too hard to ever turn back.

Mathew, also known as the “Catwalk Professor” decided to prove them all wrong. Consequently, he has since been awarded “Best Runway Model Coach” at the Prestigious BEFFTA awards and has now become a well known model coach in the UK.

Mathew has appeared on “ITV2 model misfits and mayhem” series and “MTV Plane Jane,” which was seen around the world by millions. If you thought that was enough for this island man, you’re dead wrong. He has always maintained publicly that Britain’s Next Top Model (BNTM) has a seat reserved for him.

About 2 weeks ago, the popular TV show started following him on Instagram, which made Mathew very excited. He believes for them to start following him means they are hearing about him. An Instagram campaign has now started where everyone can show their support and comment on why “Mr. Fierce” should be a judge on this show.

Mathew says his first step would be to have St. Maarten designers dress him for this show, because when “he shines his island shines.”

Everyone can show him their support by: Following on Instagram @runwaycoachuk. Comment under the video on why you think he should be the one on Britain’s Next Top Model seat.

In your comment tag Britain’s Next Top Model by adding @bntmuk. End your comment with the hashtag #mrfierce4bntm

“This will be a living testimony that never give up on what you want. It might take years, but what is meant for you, no one can ever take away,” Mathew said.