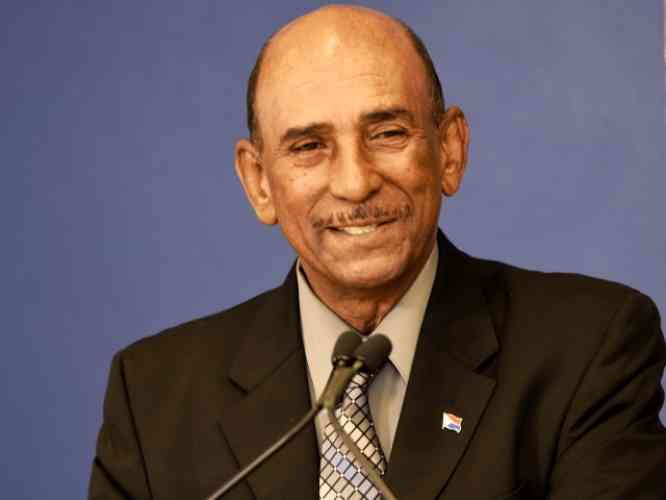 PHILIPSBURG – A press release from the Central Bank of Curacao and Sint Maarten (CBCS) suggests that Ennia Caribe Holding so far has not reported the appointment of Richard Gibson Sr. as its President and General Managing Director to the bank.

Ennia Caribe said in its press statement that the appointments are subject to “customary regulatory approval.”

The Central Bank points in its press release to its role as supervisor of insurance companies, as regulated by law. “Persons who (co)determine the daily policy of an insurance company cannot be appointed without prior permission from the Bank.”

That permission depends on the results of a review of the expertise and reliability of a candidate. The supervisory board of the Central Bank takes the final decision about these appointments. “Given her duty to maintain confidentiality, the bank does not make any statements on merit about such reviews,” the press release states.

The expertise and the reliability of Gibson can hardly be called into question, given his background.

In the past, Gibson served as the chairman of the boards of the Ennia Operating Entities, the St. Maarten Commercial Bank and Nagico Insurance and as a member of the supervisory board of RBTT Bank. He was Minister of Constitutional and Internal Affairs of the Netherlands Antilles and Minister of Finance and – briefly – Minister of Justice in St. Maarten. Gibson also served for eight years on the board of the Central Bank of the Netherlands Antilles and he was St. Maarten’s member of the board financial supervision (Cft). Gibson was also the founder and publisher of the Today newspaper; the paper closed down after Hurricane Irma.