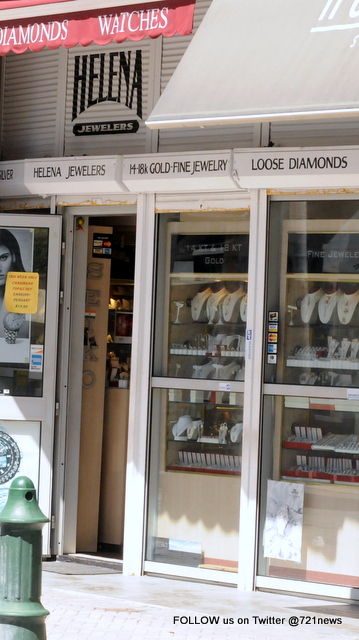 GREAT BAY, Sint Maarten – Antonio Sundiata Joseph aka “Mouse” had stories to tell in the Court in First Instance yesterday but he did not manage to blindside the court about his involvement in an armed robbery at Helena Jewelers on Front Street on July 24 of last year. Drops of blood and blood smears in the store matched the 28-year old’s DNA profile and that basically clinched the case.

Prosecutor Nanouk Lemmers demanded a 5 year prison term, but Judge Angela settled for 4 years, with deduction of the 104 days he has spent since his arrest on October 22 behind bars.

Joseph wanted the court to believe that he had been fixing speakers at the car of a friend, that he had cut his hand and that he then had gone to his mother to do something about the wound. Why he held a hammer in his hand during this trip remained unclear.

The defendant claimed that he was walking with this hammer, a man passed by who offered him $100 for it. That man turned out to be Shafien Mauricia, who was shot to death on October 9 of last year. The hammer was used during the armed robbery to smash glass showcases.

Prosecutor Nanouk Lemmers said that the blood drops in the store had to come from a wounded person and that they could not come from the hammer – least of all because the NFI had not found traces of blood on the tool. 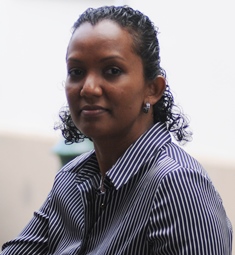 Attorney Shaira Bommel said that the complaint filed about the robbery is not evidence and that camera footage was vague and did not say anything about her client. The DNA is not enough for a conviction, she said.

The attorney accused investigators of tunnel vision and said that they had been under a lot of pressure to solve the case. “They were biased. Once they had the DNA of my client they did not look at other possibilities anymore.”

Bommel said that her client had offered to track the GPS coordinates on his phone to prove that he had not been in the store, but investigators did not follow up on this.

At the end of the trial, the defendant told the court that he is not a violent person and that he just wanted to go home.

Judge Angela did not honor that request. She considered the case proven and sentenced Joseph to 4 years.