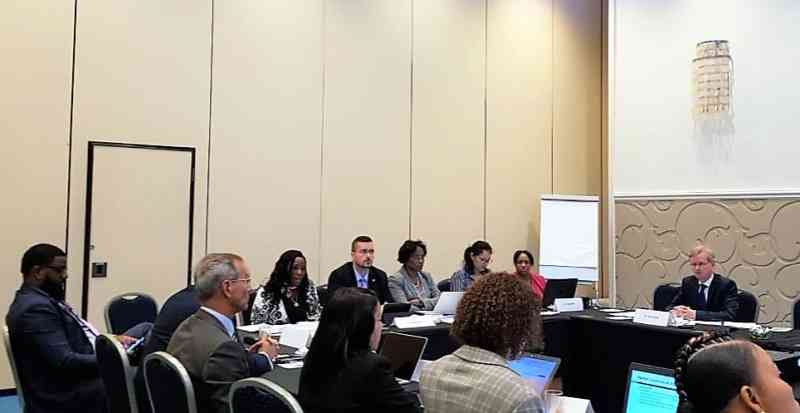 Members of the DC-ANSP attending a Shareholders meeting at the Renaissance Resort in Curacao on Friday, August 30.

Johnson stated on Sunday that the meeting provided a clear direction for the Aviation Service providers in the region as crucial topics were addressed.

One such topic of discussion was the debts of Insel Air which was declared bankrupt earlier this year after failing to attract investments. They have since then lost their Air Operators certificate.

Johnson also stated that St. Maarten has been allowed to nominate a member to the Supervisory board of the DC-ANSP. The board profile that was proposed is Aviation, and the candidate must be appointed by the end of October this year.

After that meeting, St. Maarten will be allowed to nominate a candidate board member for the first time.

“Our participation at this level is crucial as we continue to build our aviation service to attract more airlines to the island. We are a tourism destination whose economy is driven by visitor arrivals. Therefore, it is essential that we can fill the position quickly with a qualified individual who would properly represent the interest of St. Maarten at the DC-ANSP,” said Johnson. He also held a fruitful discussion with the Curaçao Tourism Development Foundation (CTDF) Paul Pennicook as Managing Director/CEO, where he received updates on ongoing projects for tourism development. “I made our position clear that we must cooperate and that working together is the best way forward,” said Johnson.

While in Curacao on the working visit, Johnson also made use of the opportunity to meet with Giselle Mc Williams who was sworn in as the new Minister of Economic Development on Curacao in August this year.