Home 721news Johnson calls for consideration of safety and security during strike | 721... 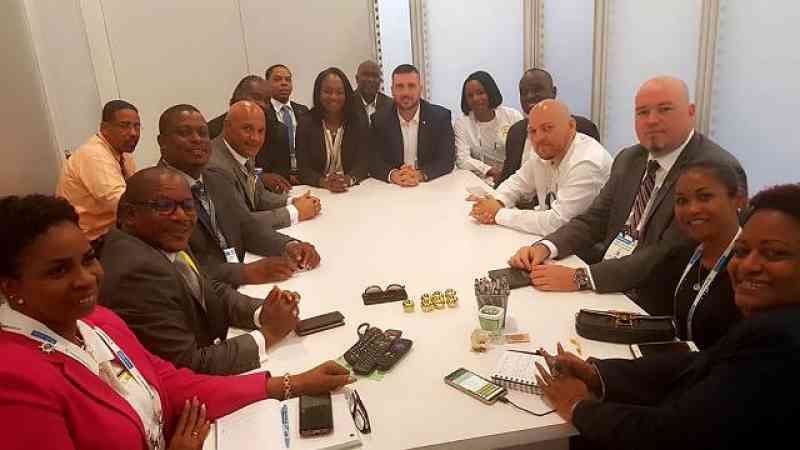 PHILIPSBURG —Plans for a general and unlimited strike action on French St. Maarten beginning on Thursday, April 11 has caught the attention of Dutch St. Maarten’s Minister of Tourism the honourable Stuart Johnson who has issued some words of caution to visitors and residents to “avoid engaging in or being in the proximity of any protest actions.”

Johnson who is abroad leading a delegation at the Seatrade Cruise Global Conference in Miami has reached out to President of the Collectivite on French St. Martin Daniel Gibbes and his [Johnson’s], Counterpart Vice President of the Collectivite Valarie Damasseur to discuss the situation and informed them of his stance. “I do hope a peaceful demonstration takes place,” Johnson said.

Minister Johnson says his primary concern, especially during the planned protest, is the safety of visitors and residents alike. “In a democratic society, the people have a right and at times even an obligation, to demonstrate or protest peacefully as an expression of their dissatisfaction if the situation requires such. However, this must always be done taking the safety of all people and security of property against damage, into consideration,” said Johnson on Tuesday.

The Minister who is also responsible for Economic Affairs said taking into account our present economically challenging climate; we must ensure that our actions are carried out responsibly. “No one should be refused their right to express themselves and voice their concerns peacefully in a free and democratic society.”

Johnson said he fully understands the need to be heard but warns that while the people have a right to protest, there must be real consideration by all concerned parties about any negative impact this could have on the island’s recovery efforts. He expressed sincere hopes that all parties involved are able to sit together and work out their differences amicably without much delay.

Regarding visitor arrivals to the island and travel to French St. Maarten whether independently or via guided tours during the general strike, Johnson said, “This is something that has my Ministry’s full attention.” He said, “I encourage the service providers in the industry to use their best judgements while executing their various services. Visitors should exercise the necessary caution to avoid crowds and areas where there are protests.” Johnson encourages all to ensure that the collective actions of the involved parties are carried out to serve a greater good for all.