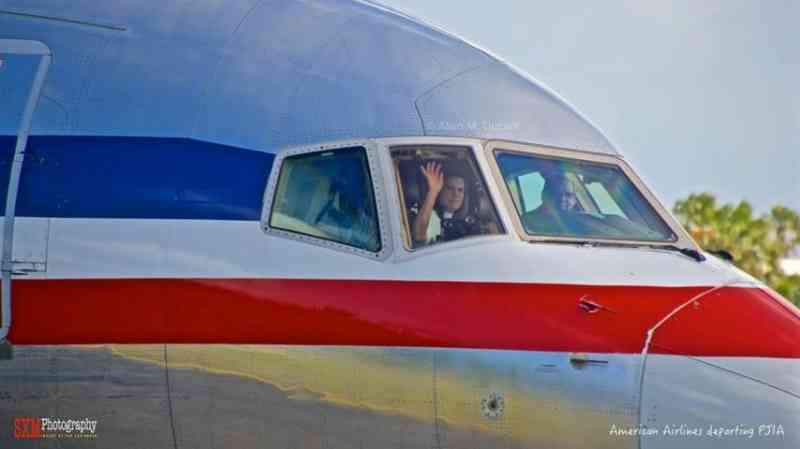 >PHILIPSBURG, Sint Maarten — Announcements by American Airlines that it will increase its airlifts to St. Maarten starting in November, has sparked high interests in travellers wanting to return to St. Maarten, following its devastation just over a year ago by hurricane Irma.

Minister of Tourism, Economic Affairs, Traffic & Telecommunication TEATT, Stuart Johnson welcomed the good news of the return of the airlifts. He said that the announcement of the impending arrival of the airline’s services shows the resilience of St. Maarten. These flights coincide with the reopening of some of the islands larger Hotels, including the Five Star Sonesta Ocean Point, and the addition of rooms for hotels that have already had a partial opening post-Irma.

Johnson said naturally, the return of airlines and hotel rooms to the island “goes hand in hand with our overall recovery plans and is especially significant for St. Maarten’s economic revitalisation. This means we are better able to put more people back to work after such a long time of unemployment.

The minister also emphasised the significance of the increase in airlifts to the destination, as it fits well into his plans for improving the airport’s regional hub function. He said, “The new airlifts from carriers such as American Airlines shows their commitment to St. Maarten and their belief in our country and people’s resilience. It also gives people in the region more ease of access to the USA and elsewhere and shows the importance of our airport as a hub destination for our regional partners.”

The returning flights fit into the scheduled completion of the Main Terminal of the Princess Juliana International Airport (PJIA), which is set for November this year. He said completing the repairs on the main terminal is essential for the airport to be able to accommodate increased passenger arrival and departures such as those planned flights from American Airlines and the others that will follow.

American Airlines’ flights will return just under two months after the anniversary of the passing of hurricane Irma that forced many airlines to reduce airlifts. American Airlines said it has a “long-term commitment with St. Maarten and it is great to be able to grow our presence on the island.”

American Airlines’ Managing Director for the Caribbean Alfred Gonzales said tourism is a “vital industry”, and these additions [of flights] are important to the “continued economic recovery and economic development” [of St. Maarten].