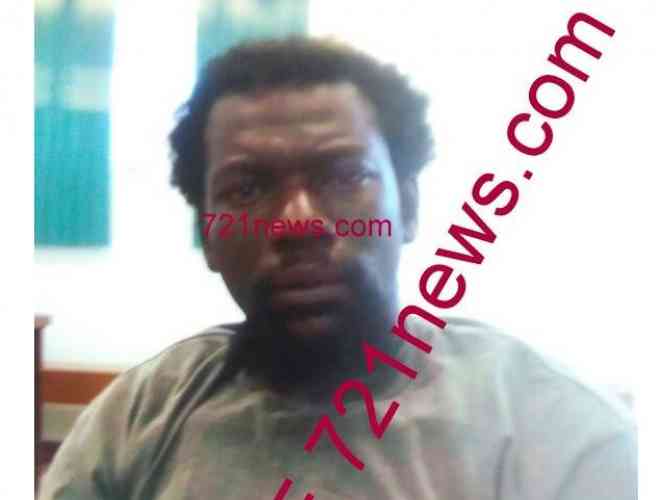 PHILIPSBURG – Kathron Fortune seemed at ease when his image appeared on a video link to the courthouse is in Philipsburg on February 14, Wednesday morning.

Dressed in a black Nike training jacket he calmly followed the procedures in court as if he is not a suspect in the double murder of Edwin Rosario and Luiz Diaz  Sarante on December 5, 2016.

Fortune was on the run after he escaped from his guards on February 15, 2016 during a visit to the clinic of Dr. Paul de Windt in Cay Hill. He was serving a 21-year sentence for the execution-style murder of Ervin Margarita on May 11, 2006 in Rice Hill Estate.

Fortune remained on the run for a long time but he was finally arrested in the weekend of July 30, 2017 when he attempted to enter the island of St. Kitts.

The court set the trial date for June 13 and ordered that the defense submits requests for hearing witnesses and other requests relevant to the investigation within four weeks after the prosecution has made the dossier available.

Before the court arrived at this decision, there was a lot of confusion about Fortune’s legal representation.

Attorney Sjamira Roseburg was in court on behalf of Shaira Bommel but she was not representing Fortune – not yet.

The public prosecutor told the court that he had asked Bommel on four occasions in December and January to declare that she represented Fortune but that he never received a reply.

A Dutch attorney called Polman was also in the mix but it turned out that he only represents Fortune’s interests in the Netherlands. Bommel later declared that she does not represent Fortune.

“I don’t understand this anymore,” the prosecutor said.  “Bommel and Polman say that they do not represent the defendant and my office has not received notice from any attorney that they will defend him. This looks like a walk-in consultation hour; I object to the way this is going. This does not belong in the courtroom. It is not in the interest of the defendant because this concerns a serious crime.”

The prosecutor even accused Roseburg of using the courtroom to recruit clients.

The judge sympathized with the prosecutor’s arguments but he gave Roseburg and Fortune some time to consult. To this end the judge cleared the courtroom . After the adjournment, Roseburg declared that she will represent Fortune.

The charges against Fortune include the murder of Rosario and Sarante, hiding their earthly remains and firearm possession. After the murders, Fortune allegedly wrapped the bodies in sheets or towels and hid them near what the prosecutor called the Belair lagoon.

A brother of Fortune called Tito is also a suspect in this investigation. He appeared in court on Wednesday afternoon.

At the end of his hearing Fortune had a complaint: “Every time I want to pay a lawyer the money is confiscated. I don’t understand this.” “I cannot solve that problem for you,” the judge said. “ You’ll have to discuss this with your lawyer.”