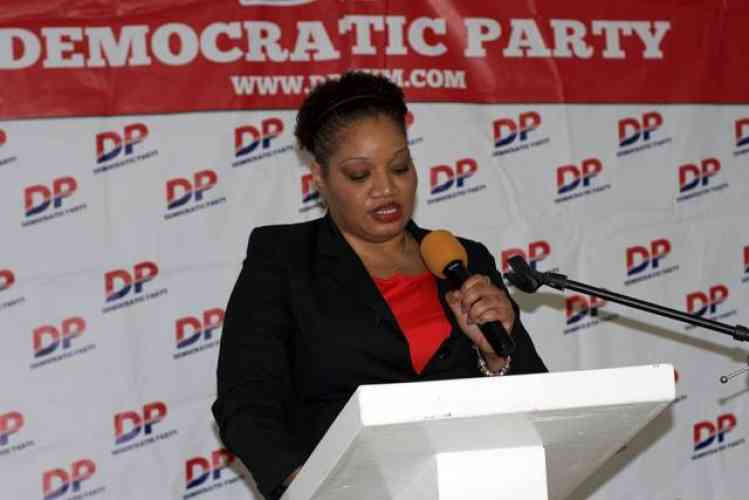 Story line/ Political History: In the wee hours of Saturday morning April 28, at the end of the Calypso-finals in the Festival Village, three members of Parliament stood up and announced that they were ready to form a new government with the National Alliance.

Romain Laville handed in his resignation as the faction leader of Heyliger’s United People’s Party to become an Independent MP and to hook up with Independents Patrick Illidge and Frans Richardson – who were both at one time members of the National Alliance.

The picture below showing the three politicians triumphant holding hands on the stage in the Festival Village was taken by our photographer Milton Pieters at four minutes past one in the morning of Saturday, April 28th 2013.

Frans Richardson’s “teachings”  on going independent as a Member of Parliament in 2011.

“I will support the initiatives of other Members of Parliament when I feel they are in line with achieving the collective needs and goals of the people of St. Maarten. I remain committed to using my years of experience as a contribution to the forging of the kind of St. Maarten we all want for ourselves and future generations,” .

MP Frans Richardson “Constant development is the law of life, and a man who always tries to maintain his dogmas in order to appear consistent drives himself into a false position.” (Ghandi)

Richardson: “We, as a people, cannot afford to remain complacent and stagnant. We must progress in our development, both personally and collectively.”

Richardson: “I strongly believe that I will be in a better position to bring forth my vision, ideas and ultimately legislation, which will benefit the people of St. Maarten without trampling on the thoughts and vision of the party I once wholeheartedly supported.”

Richardson: that Members of Parliament “need to step up and raise the bar by presenting legislation that will make the people of St. Maarten feel safe and secure once again.

MP Frans Richardson,who preyed on the youngest member of Parliament then? Who convinced the youngest MP to jump ship? Did you tell him like you told MP Brownbill that by him doing this, it is the beginning of the end of his political career?