Home 721news Mauricia-Peterson plans on bringing a new and innovative order to conduct the... 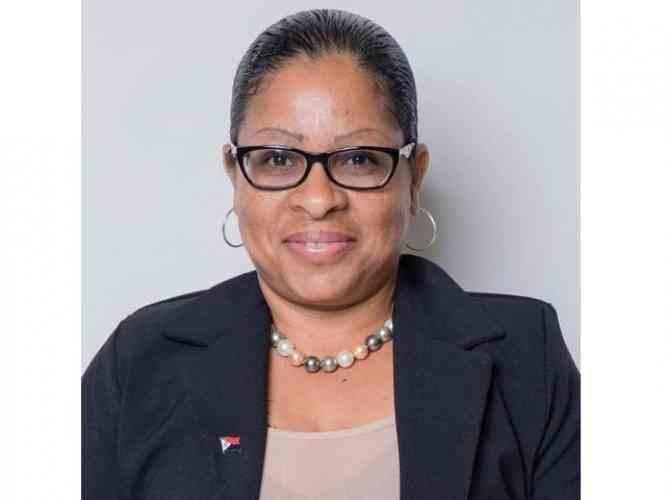 Great Bay, St. Maarten — Francelise Mauricia-Peterson is the #7 candidate on the slate of the St. Maarten Christian Party (SMCP) taking part in the 2018 Parliamentary elections. Francelise Mauricia-Peterson told 721News that she plans on bringing a new and innovative order to conduct the people’s business in parliament. She identifies whole heartedly with the values and principles of the St. Maarten Christian Party, as her strong faith in God is what motivates her to speak out against injustices in her community.

Mauricia-Peterson was born on the Northern side of the island, and raised on the Southern side. She attended the Sundial School, and later furthered her studies at the Maria College ETAO where she majored in Administration. Upon her return to St. Maarten Mauricia-Peterson worked in a variety of fields that enabled her to become familiar with several sectors in our society, such as the airline industry, the finance, law and hospitality sectors.

The number 7 candidate on the SMCP further told 721News that her first order of business once elected will be to handle the backlog of issues affecting the people of St. Maarten that has been sitting on the table ever since St. Maarten got separate status as a country within the Dutch kingdom on October 10, 2010 (10.10.10). As it relates to the reconstruction of St. Maarten Post Hurricane Irma, she stated that she will call in the Minister of General Affairs to provide information to Parliament and to the people about the reconstruction plan and its execution.

“I am passionate about all areas, but mostly the area of Justice, because we are labeled to be an unlawful country and this needs to be taken serious. Our Laws do not match the livelihood of our country and stronger prison time and hefty fines needs to be in-place to be able to have everyone across the board to respect our country. My motto: Crime doesn’t pay,” said Mauricia-Peterson.

In getting to know Mauricia-Perterson better, 721News learned that she also filled many positions at several casinos on the island as well, and because of her casino experience, Government employed her as a casino controller, a job she has been doing for the last 13 +years, where she is currently supervisor of casino control. This also led to her successfully completing her course as special agent of police (buitengewoon agent van politie), for the Ministry of Tourism, Economic Affairs, Traffic & Telecommunications (TEATT), a function that serves her well in her current capacity as President and Representative of the Board of Casino Controllers.

PEARL 98.1FM: STATE OF THE NATION WITH YOUR HOST MULROSE TOULON AND FRANCELISE MAURICIA-PETERSON

In addition to her professional career Mauricia-Peterson is married and a mother of three, she has upgraded herself over the years, by following many courses in computers, management and supervision. She has command of four languages, namely English, Dutch, Spanish and Papiamentu. Besides her regular work she also served for 13 years in different capacities on the board of the Parents Teachers Association (PTA) of the Sister Borgia School.

Mauricia-Peterson loves her island and can be found assisting in clean-ups and working with others to protect and preserve her beloved St. Maarten.