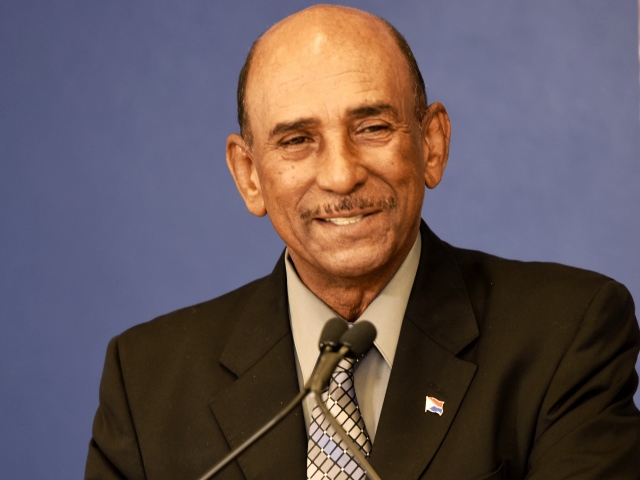 This week he was paid a visit by Minister of Finance of Curaçao Kenneth Gijsbertha, where in an extensive meeting, common issues were addressed, amongst which the Central Bank. The two Managing Directors at the Central Bank will be leaving this year because they would reach pensionable age, therefore, “it’s quite urgent that the two Ministers of Finance have to seek and start the process of finding people to replace them.”

“We also had the opportunity to talk about derisking. Derisking as you know is a vexing problem that the islands are faced with. We have made some headway and the United States was prepared to sit with us and work things out together with Jamaica. But the cooperation of the Netherlands was somewhat reluctant. That continues to be the case principally because in the opinion of the Dutch government, something has to be done with the Central Bank,” Minister Gibson stated.

Next month there will be the semi-annual IMF meeting in Washington, DC, which both Ministers of Finance will be attending, as well as the Minister of Finance of the Netherlands. “It is intended that we’re going to sit down and talk further about this derisking problem. We have done all that we can in terms of what needs to be done with the Central Bank, and there’s got to be some understanding that this problem is so severe and goes to the heart of our economy,” the Minister continued.

In addition, the Minister proudly announced that, “The revenues numbers (are) in for January and February, and they both look quite good compared to last year. I hope we can keep this trend up and the economy will continue to perform positively,” Minister Gibson concluded.