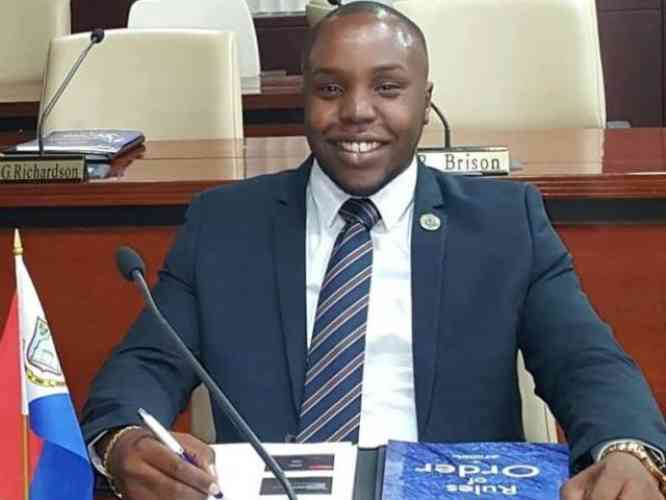 PHILIPSBURG, Sint Maarten — Recently, it has been brought to the attention of the citizens of St. Maarten that Member of Parliament Claude Peterson has requested that the Dutch State Secretary of Home Affairs and Kingdom Relations Raymond Knops, come to the house of Parliament to discuss a few topics. These topics include liquidity support, evaluation of the performance of the Trust Fund and its projects and Kingdom relations.

Member of Parliament Doran questions why MP Peterson would invite a Dutch Civil Servant to have a discussion in the house of Parliament, when Sint Maarten has a Council of Ministers (COM), that should be able to answer any questions that Members of Parliament may have in regards to the above mentioned topics. As a matter of fact, it is their duty to do so.

On a public platform, MP Peterson stated that the reason why he requested a meeting with State Secretary Knops is because in his opinion, discussions with the Prime Minister, the Minister of Finance and other Ministers on the above-mentioned topics, have been exhausted.

It therefore seems that MP Peterson deems the current Council of Ministers incompetent in providing the information to Parliament, hence the reason that he has opted for an audience with the Dutch civil servant, State Secretary Raymond Knops.

The Council of Ministers is responsible for communicating with the Dutch Ministers, where after they are to update the Members of Parliament of St. Maarten.

MP Doran stated that if a Member of Parliament that supports the current COM, does not believe that they can adequately execute a simple task such as updating and informing the people of this country, then it makes him question whether the MP himself is working in the best interest of the people, as he himself continues to support the very same Council of Ministers that he cannot receive proper answers from.

The people of Sint Maarten should have confidence in the ability of the Council of Ministers to perform on a proficient level, which includes communicating and updating the house of Parliament while protecting the patrimony of this country, and not leaving this up to an outsider.

MP Doran went on to state that “the people of St. Maarten trusted us with their vote, therefore, we are their voice and we are responsible for appointing Ministers that are competent. If at any point we no longer have confidence in them, this should be expressed in a motion to send them home. Not by bypassing them and inviting not a Minister, but a State Secretary to the house of Parliament, nor by going on public platforms and expressing that all avenues of discussion within the Council of Ministers  have been exhausted. It is unfair to the people that Members of Parliament continue to support Ministers that they obviously deem unfit, instead of replacing them”.

He also urges Members of Parliament to study their constitutional arrangement before making requests and sending out weightless invitations that do not carry us forward in any way.