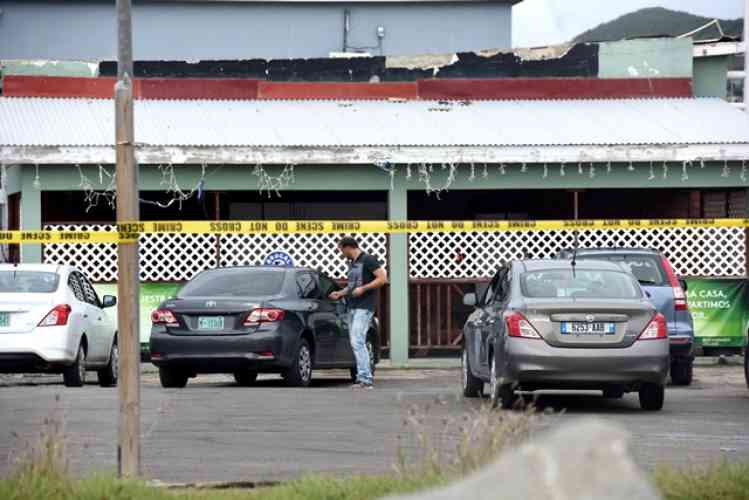 PHILIPSBURG, Sint Maarten — The suspects E.M (66 years), D.F.F. (56 years), L.M.R. (51 years) and R.R. (54 years) were in Court in Philipsburg on Wednesday December 6th 2017 during a so-called “regiezitting”.  They are the owners and managers of the brothels “El Capitan” and “Petit Chateau”. On Wednesday the Prosecutor again read the accusation against them in the case called “Pompei”.

For a period of a few years they have made themselves guilty of exploiting prostitutes by (among other things) bringing them to Sint Maarten under false pretenses. The women were misunderstood by the suspects of the income/payments and the circumstances under which they had to do their work. They were severely curtailed in their freedom of movement in the brothels and had to pay much of their income (via constructions) to the suspects, who “became financially wiser”, this according to the prosecutor during the court session.

The suspects “have been enriched for years at the expense of women”. This is the reason that the Public Prosecutor announced in Court a confiscation order. Crime may not pay.

The prostitutes were locked up in their sleeping quarters outside the working hours. During the police raid of the brothels on November 1, 2016, metal fences had to be forced to get to the sleeping quarters.

A total of 22 illegal prostitutes were found locked-up. This is the reason why the men are accused of smuggling human beings (assistance with entry and providing shelter for illegal immigrants) and illegal employment (work without a license).

The investigation in Court will resume on February 21, 2018 at 15:30 hours. At that date the defense will have a last chance to make known if there is more investigation needed in this case. Due to hurricane “Irma” the defense did not have the chance to do this before. The dossier was already provided to the defense on 3 August 2017.