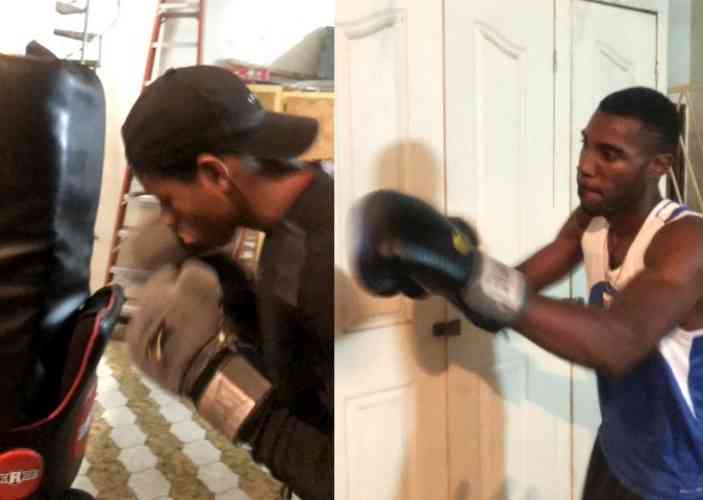 Duzong told >721 News that the Sugar Bert Tournament will be held in Orlando, Florida >November 16-18.

“This tournament is the final main event for the year of Sugar Bert who does four boxing events per year,” said Duzong.

“This is the big cohune, as boxers from different states within the United States will be participating.”

St. Maarten was invited by a coach from Haiti. The main aim is to bridge the gap between the Caribbean and American boxers, so that when it is time to form teams for the Olympics these boxers can represent their respective countries.

“Participating in this tournament can open doors to other invites to camps etc.,” said Duzong. Duzong further told >721 News that together with Shawn Blair, President of the St. Maarten National Amateur Boxing Federation is working on getting St. Maarten to host the >Caribbean Development Tournament here in December 2019.

This is the biggest tournament in the Caribbean where amateur boxers come to display their skills. “Hosting this event can bring a great economic boost to the island, as we would be having athletes from Guyana, Grenada and Jamaica to name a few,” said Duzong.

Amateurs from all over the world will be participating in the Sugar Bert National Championship Boxing Tournament, which is the largest amateur boxing tournament in the United States, and will feature boxers from 31 states and territories as well as boxers from various countries in the world. Sugar Bert began boxing as a young adult in Florida.

His skills and dedication led him to winning the Golden Gloves and the opportunity to train with super stars like Sugar Ray Leonard.

Duzong would like to thank the following sponsors who are making this trip possible, they are: >Pineapple Pete & Wasabi Charlie, Island Real Estate and >Juliana Airport Handlers.

>VIDEO of Malcolm Phillips fighting at CURABOX in Curacao