Home 721news POLICE REPORT: 5 House searches and One arrested in a Fraud case 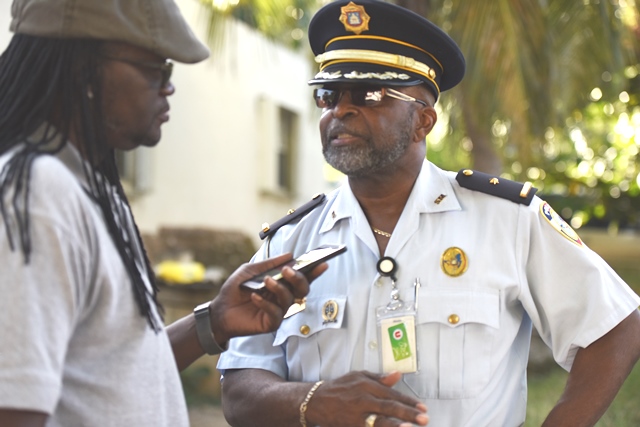 5 House searches; Seized Items and 1 arrest by the ALPHA Team

On the 30th of March 2017, a criminal investigation was launched by the public prosecutor under the name “Polaris” This investigation is in connection with a considerable amount of drugs that was found earlier this year on an Air France Flight.

In connection with this ongoing investigation and by orders of the judge of instruction and the public prosecutor, five (5) house searches were conducted in the areas of Mary Fancy, Fort Willem and Cay Bay. During the searches several items were confiscated.

During these house searches one male person was arrested for possession of an illegal substance. His arrest is not in connection with the ongoing “Polaris” investigation.

A search was also conducted at the Menzies ground services located at the Princess Juliana International Airport. The searches were done by the investigating team called the Alpha Team. The Alpha Team is a team consisting out of the Local Police Force and Immigration, The Koninklijke Marechaussee and Customs Department.

1 arrest in connection with a ongoing Fraud investigation

As result of a complaint of embezzlement, forgery and theft filed by Insel Air in 2016 against S.B.B (sales agent) and A.A. H. (sales manager), in which together these employees are suspected of to have embezzled approximately  US $100.000,-, a criminal investigation into this case was started.

In connection with this ongoing investigation the arrest of A.A.H. was made this morning May 16th at his home in Fort Willem.  A.A.H. was questioned after contacting to his lawyer and he remains in custody for further investigation.

In this same investigation the arrest of S.B.B. was made, when on Monday 01 September 2016, in the morning hours, the suspect S.B.B. reported to the Philipsburg police station and was arrested. This investigation is being conduct by the Fraud Department of the KPSM.