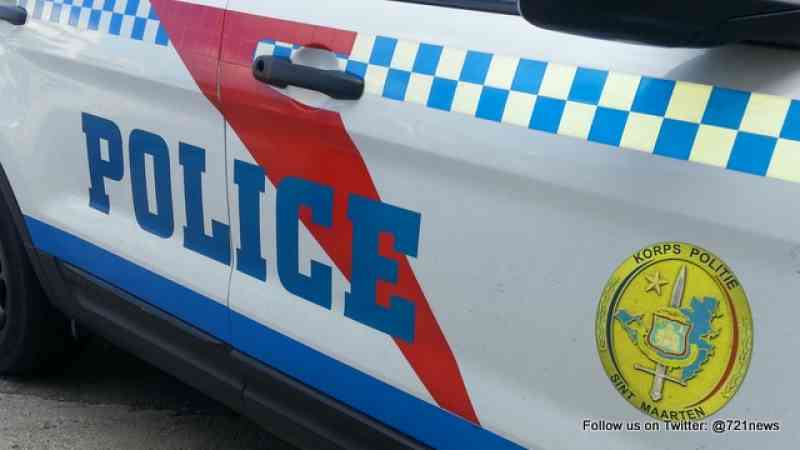 >SUCKERGARDEN, Sint Maarten — The Police Traffic Department is presently investigating an accident which took place on Thursday evening September 27th. While approaching the crossing of Sucker garden road and King of the Seas road a police patrol saw a white SUV with license plate >P-4218 stopped in the middle of the road.

The driver was having a conversation with two other men standing outside of the car. When the driver noticed the police approaching he took off driving in the direction of Philipsburg. The driver started driving recklessly at very high speed from one side of the street to the next. The patrol decided to stop the driver to find out why the driver was driving in that fashion. The patrol ordered the driver several times to stop the vehicle but he refused and continued recklessly. The drive then last control of the vehicle and collided with Van with license >plate T-40 which was parked on the side if the road.

The driver attempted to run away but was caught by the investigating officers. The driver identified with initials L.R.P. turned out to be 17 years old. He does not have a driver’s license and the vehicle he was driving does not have any insurance, valid road tax or valid test card.

The suspect was arrested and taken to the Philipsburg Police Station. His parents were informed of the accident. Both vehicles had severe damage.