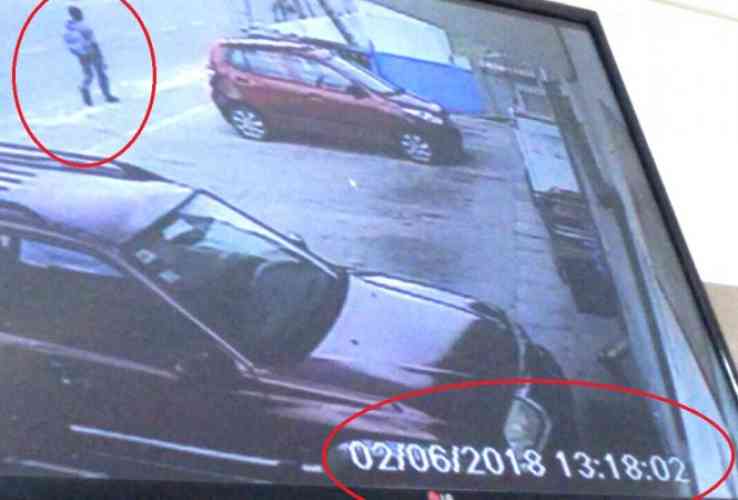 MIDDLE REGION, Sint Maarten — The missing 12 year old boy Nathan York who has been missing since Tuesday February 6th has been found. He was found early this morning by his mother in an old abandoned bus close to the home of his father in Middle Region. He was asleep at the time and had on the same school uniform he was last seen wearing. The young boy seemed to be dehydrated and was not answering to questions.

The area where Nathan was located had been searched several times; however Nathan was not at that location at those times. Due to the fact that it is still unclear what had happened with Nathan the location was temporarily closed off by police for further investigation. Detectives are presently questioning witnesses to gather as much information as possible to get a better picture of what took place. Nathan in the meantime is doing well, resting in the hospital and he is expected to make a full recovery.

The Police Department is commending the CPO’s and other officers for the effort and time they have put into this case. The department is also thanking the entire community of Sint Maarten who has done the tremendous job in the search and in the communication through Social Media and in other forms of communication, to help locate Nathan York.

Due to the sensitivity of the case and the best interest of Nathan York no more details concerning this case will be given at this time. The investigation is ongoing and anyone who has information concerning this case should contact the Police Department by calling 54-22222 ext. 214/215

Nathan York was found alive and was transported to SMMC for further medical observation.

Police Update: (February 7 at 10:15 PM) MIDDLE REGION — The Police Department has put search teams together, along with the help from VKS and they have been actively searching, in the area of Dutch Quarter and Middle Region since early this morning. However, Nathan York has not been found yet.

The Sint Maarten Police Force also requested help of the police officers with a drone to search for the young boy in the area of Middle region, where he was reported last seen after he left school. The Police Patrols are still on the lookout for Nathan and will continue to do so.

He was wearing the MKL uniform, purple shirt and grey pants, black shoes and a multi-color blue bag. Nathan is a very quiet child, he is mannerly and very respectfully towards his peers. When he is around his family, he is very playful and energetic.

He does not have any friends in the district of Middle Region, he is family oriented and does not linger in the street unsupervised.

We are urging the community to help in the search, or share information concerning his where about. If you have any operating CCTV system in the area of Middle Region, check the camera(s), if you see Nathan on February 6th, after noon.

Please do contact the Sint Maarten Police Force immediately, even with little information, which can bring him back home as soon as possible. Any information can help, the parents of Nathan, the Police Force and the community are really concerned about his well being

You can also share you tip anonymous by calling the tip line 9300 or send a private message to the Sint Maarten Police Force Facebook page, this will be handled confidentially.

VIDEO OF THE MISSING BOY.