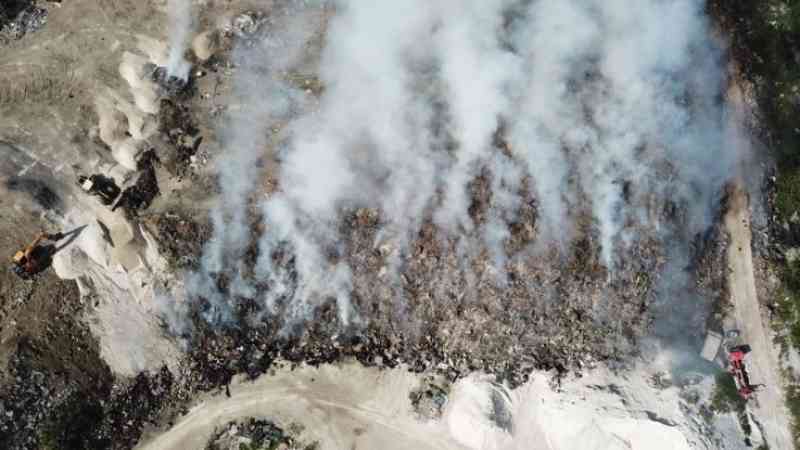 >PHILIPSBURG – The Government of Sint Maarten has taken note of the article in de Volkskrant with reference to the Dump. In this newspaper article, reference is made to a commissioned report of the World Bank that allegedly shows levels of hazardous toxins in the smoke coming from the Sint Maarten landfill.

The article wrongly concludes that the Government of Sint Maarten is maliciously keeping this information from the public.

In October 2018, civil servants in the workgroup from the Government of Sint Maarten received a draft copy of a baseline study performed by a consultancy firm that has been hired by the World Bank to assist with the preparation of the Emergency Debris Management project.

“We have received several requests to share the contents of the study.  However, it is not our document to share,” Prime Minister Leona Romeo Marlin explained during the Council of Ministers Press Briefing on Wednesday.

Prime Minister Romeo Marlin also stated, “It is important to highlight that the study does not include the environmental or public health repercussions of the surrounding communities in its scope. Samples were taken directly from points of exhaust at the landfill in areas of the immediate vicinity of the fissures.  Testing was not done at any points outside of the landfill to determine the levels of contaminants in the traveling smoke. We are in talks to engage another entity to measure the air quality in neighboring communities.  From this assessment a plan for a permanent air quality testing system can be put in place.”

It is our full intent to share and communicate effectively with our community leading up to the start of the fire suppression activities. The end of the landfill fires is of critical importance for Sint Maarten and this Government remains fully committed to this cause.