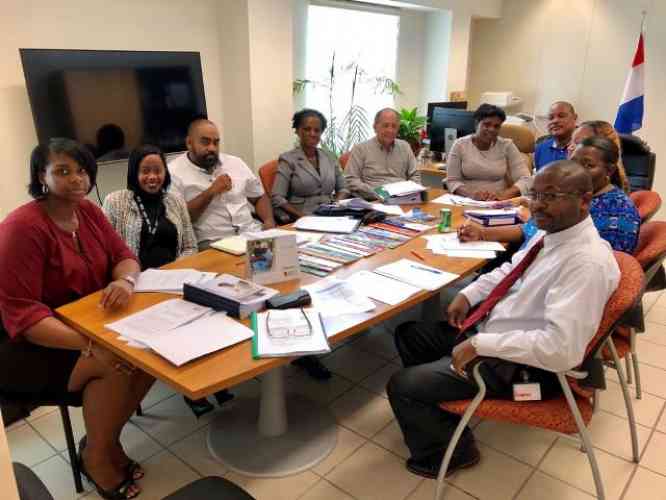 >PHILIPSBURG – In recent years, the Postal Services St. Maarten NV (PSS) has found itself in financial difficulty, which has been exacerbated by the passing of Hurricane Irma & Maria. The current monthly income of PSS is simply not sufficient to cover their monthly expenses. In the current circumstances, the Government of Sint Maarten has been financially supporting the operations of PSS.

As a result of this unsustainable financial situation in the month of July, Prime Minister Leona Romeo Marlin has put together a committee that consists of PSS management, St. Maarten Communication Union (SMCU), Cabinet of the Prime Minister and SOAB. The objective of the committee is to oversee the downsizing and reorganizing PSS to create a sustainable operation that will continue to carry out its core postal tasks. The concession to provide postal services was given to PSS after Sint Maarten became a country on October 10th 2010. The Government of Sint Maarten has an obligation (by international laws & treaties) to provide postal services to the public.

Considering, that the PSS building was destroyed by Hurricanes Irma and Maria, the Government of Sint Maarten will provide PSS with an alternative location in the building that previously housed the Civil Registry. This decision will eliminate the current rental payments and reduce the overall monthly expenses of the company.

Since its inception, the committee has met regularly and has arrived at the phase where on August 17th the SMCU union and PSS management presented the downsizing agreements and plans to the employees of PSS. The transition process and the rights of the employees in accordance with the CLA and Social Plan were explained. The employees received the Agreement for Downsizing PSS, the Transition Organizational Structure and the Formation plan. The employees were given the opportunity to ask questions and they were also asked to fill in an Inventory Form indicating their choice.

An Appeals Committee consisting of three independent persons (one chosen by the union, one by management and one jointly by the two) was also established for employees who want to contest the decision of management.

In the current formation, PSS consists of 23 employees including management, in its future reorganized structure PSS will consist of 14 persons divided over 6 functions that are necessary to provide the core postal services in a sustainable manner. Prime Minister Leona Romeo Marlin has requested that the committee conduct this downsizing process in a responsible, legal and transparent manner.

As of September 10th 2018, a new supervisory board of the PSS NV has been appointed that consists of three persons namely, Marinka Gumbs – President of PSS Board, Raymond Romeo – PSS Board Member and Kurt Sprott – PSS Board Member.