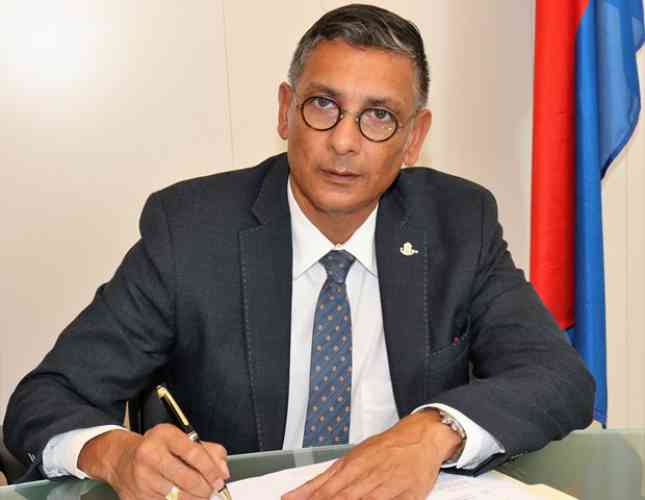 >PHILIPSBURG—The Government of St. Maarten will soon receive Naf.32.6 million into its coffers as liquidity support to ensure that it meets its obligations for the remainder of the year now that Finance Minister Perry Geerlings has signed the National Ordinance and Loan Agreement with The Netherlands.

Finance Minister Geerlings co-signed the National Ordinance on Friday, September 28th based on the authority given to him through the Parliament of St. Maarten to enter into a loan agreement with The Netherlands. The document, which was also signed by the Governor for St. Maarten the Honourable Eugene Holiday, has been forwarded to the Hague and once received, the anticipation is that the funds will be transferred to St. Maarten’s Account in the Central Bank of Curacao and St. Maarten within a week.

In July this year, the Kingdom Council of Ministers in the Hague approved St. Maarten’s request for liquidity support for the year 2018. Once the notice of approval was received, Minister Geerlings had immediately initiated discussions with State Secretary for Home Affairs and Kingdom Relations Raymond Knops to discuss funding details.

State Secretary Knops said after a recent Kingdom Council of Ministers session, that he wants to explore the possibilities of having future tranches of liquidity support for St. Maarten come from the Trust Fund being managed by the World Bank. In reaction to this Minister Geerlings said “My position is that if there are any talks with the world bank where liquidity support is concerned I would like to be involved from the start to prevent any misunderstanding.”

This will form part of the discussions to be held when Minister Geerlings meets with Knops in the Hague in October.