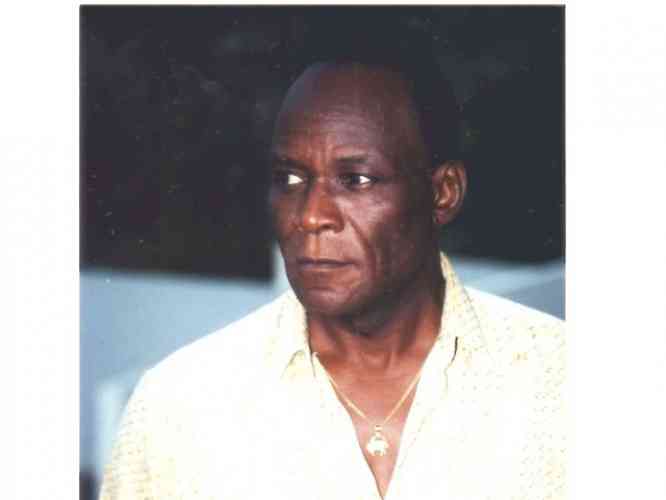 >By Fabian A. Badejo

It’s September 22, 2018. Saturday, 11:00am in Great Bay. There’s no space in the parking lot, so I ended up parking at a short distance from the Philipsburg Jubilee Library. From the outside, it didn’t look like it had been damaged much by Hurricane Irma, until I drew closer and began to see the rust and displaced louvres. What used to be the office is battered down as if in anticipation of another storm. Actually, it has become unusable. The staff now use an improvised space in the back.

I walk into the Library, watching a group of children huddled together in a small area that once served as exhibition hall and meeting place. I kept shaking my head both in disbelief and disgust.

From Kemet to Timbuktu, libraries have been sacrosanct, venerated. Jean Paul Sartre even said he “saw the library as a temple,” and I’m sure he wasn’t philosophizing.

Where would the world be today in terms of knowledge and civilization had the libraries of Waset (Thebes) and Alexandria survived? Was the fire that gutted the library of Alexandria a natural disaster or pure arson? What would happen to the Philipsburg Jubilee Library if it is not relocated and fast?

I couldn’t shake off these thoughts as I watched the students – some of them accompanied by their parents – prepare for what seemed a pending exam or school assignment.

I was looking at some doctors, engineers, IT specialists, lawyers and architects among that group. And when I looked up, I saw sagging blue tarps held in place by strips of wood and thought to myself that they couldn’t even be mistaken for the blue sky on a sunny St. Martin midday by any stretch of the imagination. And libraries are supposed to stretch our imagination.

American author and screenwriter, Ray Bradbury once remarked: “Without libraries what have we? We have no past and no future.”

I couldn’t take my eyes off the children – the future of this island forced into a dismal present that is not only uncomfortable but that could also pose a serious threat to their physical integrity. I was, however, amazed at how diligently they were making do with this make-shift, cramped space as if they were in a hurricane shelter.

Parts of the library look like a warehouse that has been looted. The books – the most precious possessions of the library – are stashed away in brown boxes that could have contained milk or sardines. A little drizzle and adios books! This situation is simply untenable, especially 53 long weeks after Irma!

It would be logical to expect that the National Recovery and Resilience Plan, NRRP, which has been touted as our “road map to building back better,” would see the reconstruction of the library as a top priority.

But does it take into account the need for a new public library, built, if I may suggest, far away from the often billowing smoke from Papa Dump and Baby Dump, which are just a sling-shot away from the present one?

The NRRP, in fact, recognizes that “The education sector was significantly affected by Irma and >faces many challenges that need to be addressed urgently.” It further lists among its top six priorities under Education, Culture, Youth and Sports the “repair or reconstruction of physical infrastructure to improved building standards”. It is, however, not clear if this includes the Philipsburg Jubilee Library.

Of course, it all boils down to money. We will need money to build a new library. But how much? I know not.  Walter Cronkite might have been thinking of St. Martin when he said: “Whatever the cost of our libraries, the price is cheap compared to that of an ignorant nation.”

And believe me, Henry Ward Beecher, the American clergyman was right. He said: “A library is not a luxury but one of the necessities of life.” That is what the Philipsburg Jubilee Library should be for all of us.