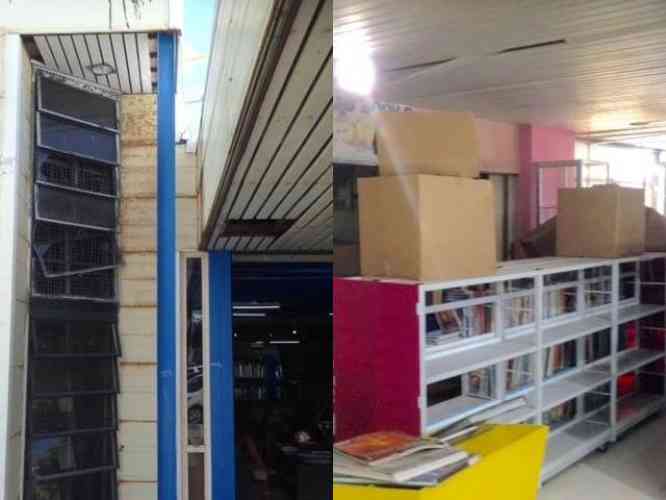 >By Fabian A. Badejo

Among the many catastrophes Hurricane Irma unleashed on us is the damage of the Philipsburg Jubilee Library. Like a wounded lion, the Library has taken staggering steps to get back on its feet again, thanks to the dedication and commitment of its staff, however, it urgently needs to be relocated for it to survive and continue to serve this community as it has done for the past 95 years.

Yes, the Philipsburg Jubilee Library is 95 this year, and the best birthday present for this nonagenarian institution is a new home.

Libraries are citadels of learning. They fling wide open the doors to unfettered, life-changing knowledge that one often cannot find in the classroom. I, too, can say, like Ta-Nehisi Coates, that “I was made for the library, not the classroom. The classroom was a jail of other people’s interests. The library was open, unending, free.”

The Philipsburg Jubilee Library has been that kind of space or if you wish, arena, for me, since I met it in a small area adjacent to the Cultural Center on Backstreet, almost 40 years ago now. I can still remember the shuffling feet of young school children bussed there to check out books. Those were also the days of the Children’s Book Week, a major cultural event on the island at the time. The library was busting over its seams and thankfully, years later, it found a new home at its present location.

It is there I began the research for my book, “Claude: A Portrait of Power”. It is there that I sourced material for several papers, essays, and articles on the island’s history and culture. It, therefore, breaks my heart to see the condition in which it has been thrown by the hurricanes of September 2017. However, what is more heart-wrenching is the apparent nonchalant attitude we as a community have chosen to display towards this obvious calamity.

The Philipsburg Jubilee Library is in shambles, to put it mildly, and it is not conducive for use as such. What used to bubble with activity, what served as an alternative and veritable “Cultural Center”, hosting from book launches to symposia and workshops, has now been reduced to an embarrassing, dilapidated state that speaks volumes about our priorities as a society.

“Libraries: The medicine chest of the soul.” Thus reads an inscription over the door of the Library at Waset (Thebes), the ancient Egyptian city, capital of the Middle and the New Kingdom. Our soul is in dire need of that “medicine chest”, unless we are willing to admit that we have lost our souls in the September storms too.

English author Toby Forward once said, “Civilized nations build libraries; lands that have lost their soul close them down.”

We haven’t closed down Philipsburg Jubilee Library, yet. But our callous neglect of this important institution would seem to betray our intention to do so. And if T.S. Elliot is right in saying that “The very existence of libraries affords the best evidence that we may yet have hope for the future of man,” then the only real hope of “bouncing back” we have is to ensure the continued existence of our library in a dignified manner, and preferably at a new, befitting location.

(>Note: This is the first in a series of articles on the Philipsburg Jubilee Library).